The simple answer to "what are frogs" is that these are cold-blooded organisms which belong to the kingdom animalia. They are vertebrate which are classified as amphibians since they can live on land as well as in water. Frog carries out most of its activities, for instance feeding, on land and turns to water during the breeding season.

The life-cycle of a frog begins with the fertilization of eggs laid down by female frogs. These eggs hatch after a duration of about twenty-one days, producing tadpoles. During the next three months, these tadpoles undergo a process of development. Tadpoles develop into fully developed frogs after undergoing an important biological process called metamorphosis.

A unique characteristic of fully developed frogs is a sticky tongue which is flicked out to catch prey. Frogs mostly feed on small insects, such as flies. Another characteristic feature of frogs is their hind legs which help them to jump from one point to another. A frog can jump up to approximately thirty-three feet. 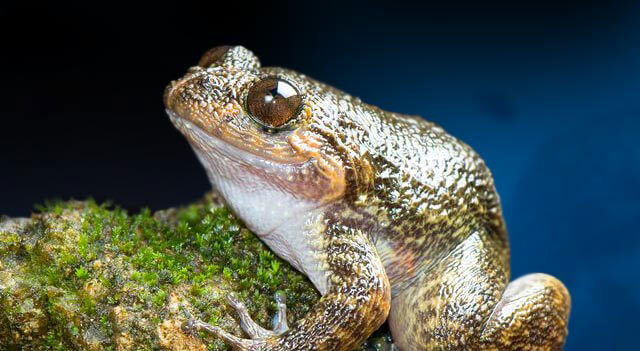 About four thousand different frog types exist all over the world. Here are the names of some of the types of frogs. These frogs differ in their appearance and possess features adapted to their own respective habitats. 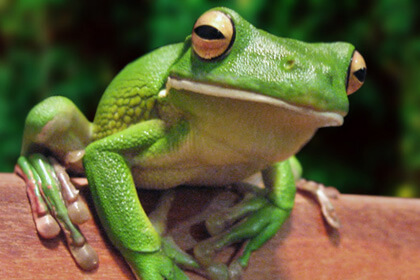 Being amphibians, frog habitat stretches across land as well as water. Different types of frogs live in different habitats based on their features, climatic conditions of the habitat and the availability of food. In the case of frogs, they prefer to live in regions where there are plenty of insects to eat.

The female frog lays its eggs underwater. As you can see in the frog pictures, they are mostly found near a source of water, such as a water pond. Some of them, for instance the tree frog, also live on trees. They can be found in forests, such as rain forests, where there is plenty of vegetation. On the other hand, some other types of frogs live in swampy areas, for instance puddles, marshes and swamps. Such areas have a source of moisture as well as a large supply of insets for the frogs. 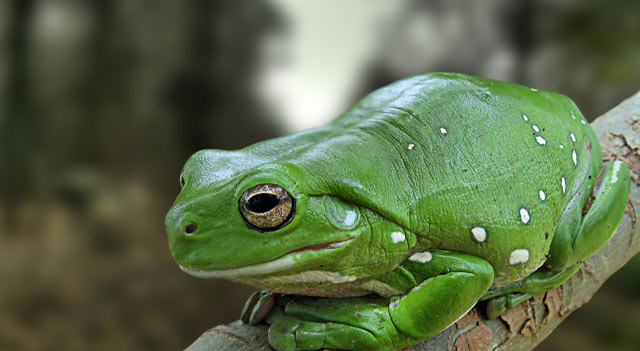