Ask/Tell About The Birds That Fly in V Formation

Did you ever feast your eyes on the amazing phenomenon of birds flying in V formation? The distinctive v-shaped flight pattern of migratory birds has long puzzled researchers and it continues to attract both scientific and popular attention. Here, in addition to exploring the causes and dynamics of v-type flight pattern, we’re presented a list of the birds that fly in v formation.

Seasonal migration is common among birds. Some birds travel for thousands of kilometres during migration. For example, the Arctic tern which is known for the longest migration covers the distance of around 90,000 kilometres in its pole-to-pole round trip every year. 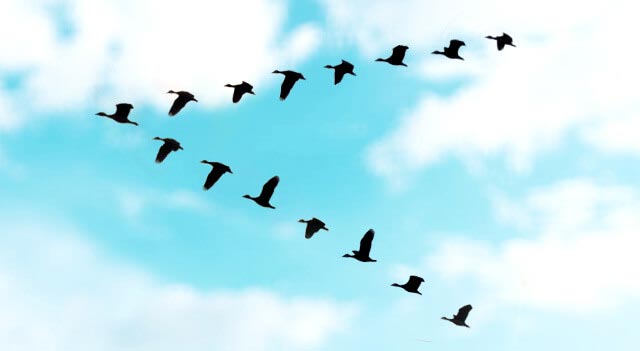 Mechanics and Benefits of Flying in V:

During migration, many bird species form highly organized groups and follow a distinctive flight pattern to make their long flights less tiresome and more successful. One of such patterns is v formation. Why do birds fly in V configuration? Such specialized configurations allow them to reduce energy expenditure as well as improve locomotor performance of individual birds in the assemblage.

Studies reveal that birds flying in a V are pulling off a highly complicated and impressive feat. As a bird flaps wings, a rotating vortex of air rolls off each of the tips of its wings. As a result, the air immediately behind the bird undergoes downwash, i.e. it gets constantly pushed downwards. And the air behind it and off to the sides faces upwash, i.e. it gets pushed upward. In this way, upwash and downwash zones are created which can affect the flight of its flock-mates.

For example, a bird flying in the upwash zone gets free lift. It can reduce energy expenditure by mooching off the air flow produced by its group fellow.

In an attempt to provide an empirical evidence to back up the claim that birds flying in a V save energy, Henri Weimerskirch of French National Centre for Scientific Research conducted an experiment on pelicans in 2001. Henri and his colleagues fitted heart-rate monitors under the feathers of 8 trained pelicans.

The individual energy savings for birds flying in a V have been estimated to be 12 to 20 percent compared with solo flights (flying alone).

Flapping wings redistributes the air around the bird, leaving whirling eddies behind. Some migratory bird species fly in wedge or v-shaped pattern to take full advantage of this upwardly spinning air. Here is the list of birds that fly in V formation. 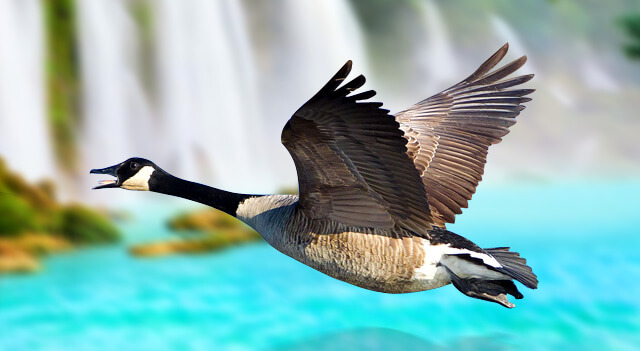 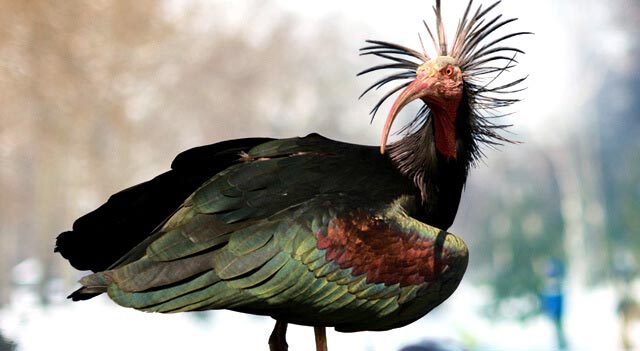 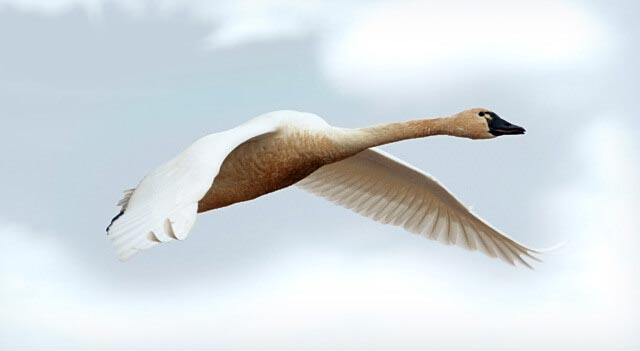 Other Birds flying in a V:

Do you know about any other bird fly in v formation? If yes, then let us know so that we can add in our list of Birds That Fly in V Formation.