Goat is a mammal that belongs to the family Bovidae. Being a member of the sub-family Caprinae, it is placed with and closely related to sheep. There is a large number of goat breeds in different parts of the world. All of the types of goats have descended from the wild goat which is known as Capra aegagrus in the scientific world. Various domestic breeds have been developed owing to the usefulness of this animal, particularly for its meat, milk, hair and skin. 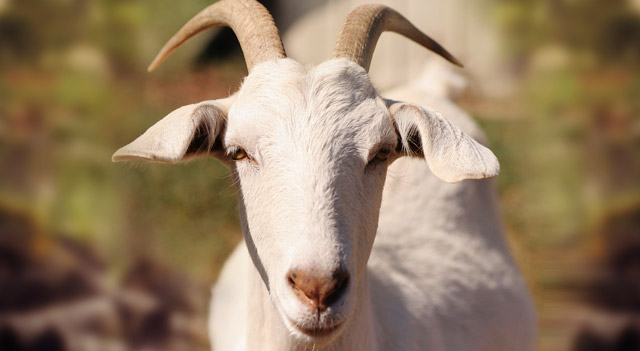 Capra aegagrus is the ancestor of all the different varieties of domestic goats. This species emerged from the mountainous regions of western Asia as well as Eastern Europe. Today, it is found in a widespread area of the world including various parts of Europe, Asia and the Middle East.

The animal is herbivore and loves to feed on grass or leaves of plants. Among the wild goat types, this member is well-adapted to live in mountainous regions. It is agile and can climb up steep and rocky slope owing to its cloven hooves. 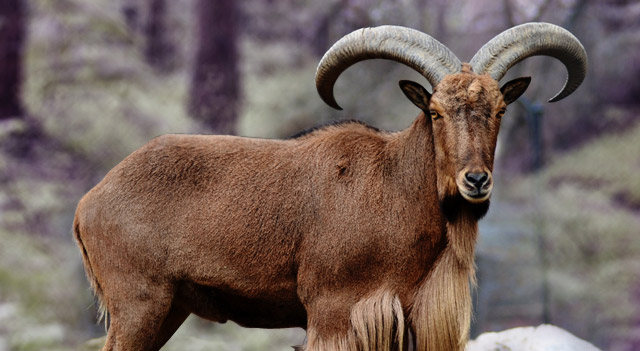 The domestic goat is one of the most popular types of goats. It is a sub-species of the wild goat and is known as Capra aegagrus hircus in scientific terms. You can find it in woodlands as well as mountainous regions. 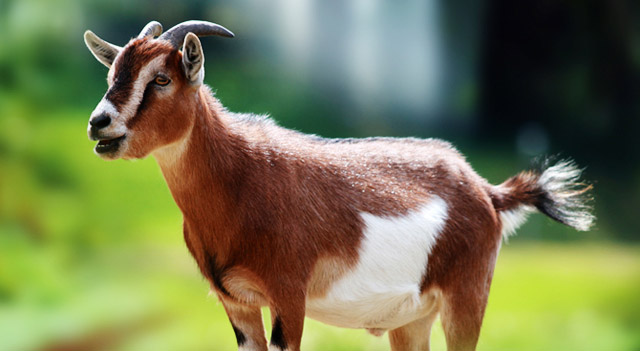 Discussed below are the unique features of this animal.

Another sub-species of the wild goat is known as Capra aegagrus aegagrus. In common language, it is called Bezoar Ibex. This variety is found in different parts of Western Asia including Afghanistan, Turkey, Pakistan, Iran and Iraq. Herds of Bezoar Ibex are also found on the Greek islands. 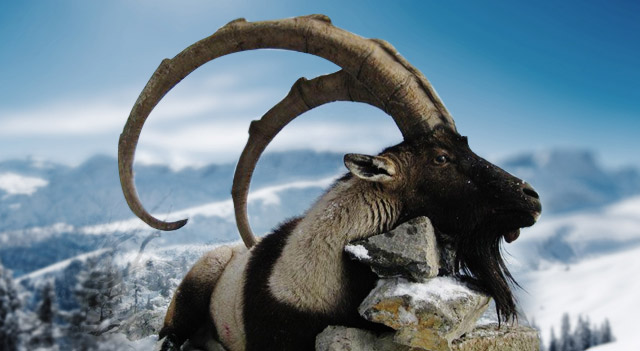 Sindh Ibex is one of the most valuable types of goats. It is known as Capra aegagrus blythi according to scientific nomenclature. This variety derives its common name from the southern province of Pakistan – Sindh. The goat is native to this area. 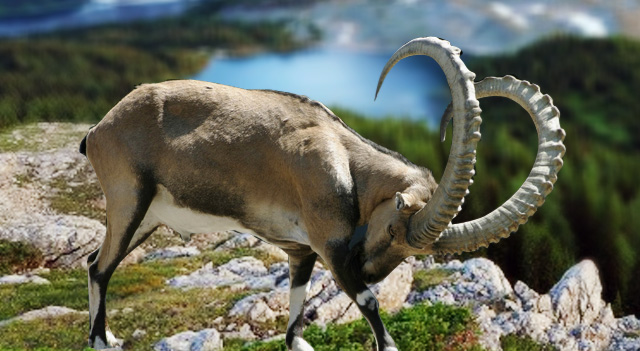 Discussed below are some important facts about the Sindh Ibex.

This sub-species of the wild goat is found exclusively in Pakistan. It is also known as Chiltan Markhor by the natives. On the other hand, scientific nomenclature has given it a different name—Capra aegagrus chiltanensis. Unfortunately, this variety is critically endangered today. 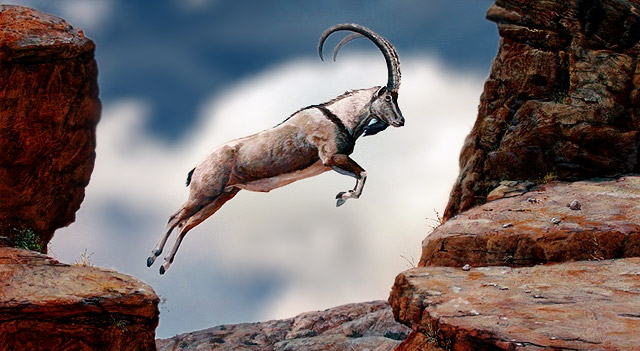 Following are some interesting facts about the Chiltan Ibex.

Also known as the bearded goat, the Turkmen Wild Goat is another valuable variety of this hoofed animal. In the scientific world, it is known as Capra aegagrus turcmenica. The goat is found mainly in Iran and Turkmenistan from where it derives its common name. 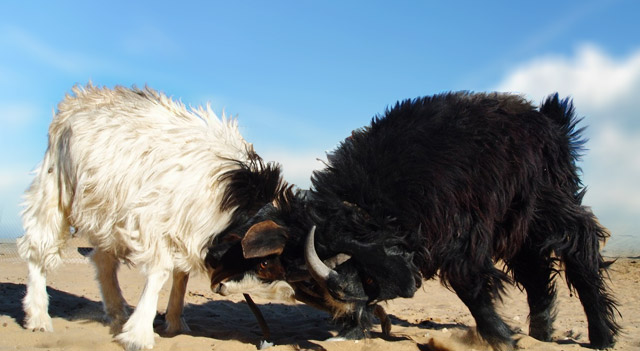 Like other varieties, the bearded goat also possesses horn. The body color may be brown, black, white or a combination of these shades. In addition, the animal also has a beard as implied by its common name.

According to scientific nomenclature, Kri-kri is known as Capra aegagrus cretica. The goat inhabits different parts of the Eastern Mediterranean. Today, it is found only on the island of Crete in Greece and three offshore islands including Agii Pantes, Dia and Thodorou. Kri-kri is also commonly known as the Cretan goat or the Cretan Ibex. In some parts, it is also called Agrimi. 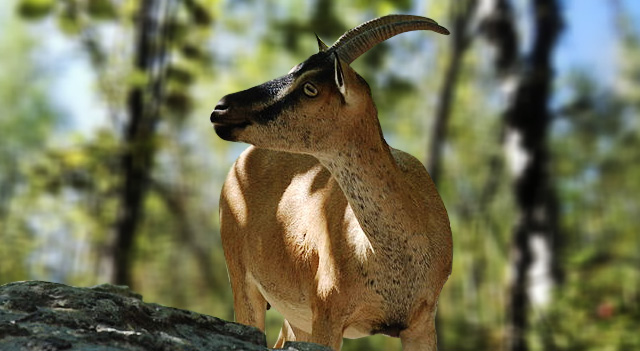 Go through the following interesting facts about Kri-kri.

There are hundreds of different types of domestic goat breeds developed through the process of selective breeding. These goats are bred and raised on farms for their milk, meat or fur coat. Given below is a brief description of some of the most popular domestic goat breeds.

As the name implies, the Alpine goats originated in the French Alps through a cross between British goats and Swiss Alpine varieties. The Alpine goats are valued owing to their milk production.

A cross between the Nubian Jamunapari and Zaraibi with UK’s English goat breeds gave rise to the Anglo-Nubian goat. This valuable domestic breed serves multiple purposes. It is popular for its fine and glossy coat as well as high quality milk and meat. 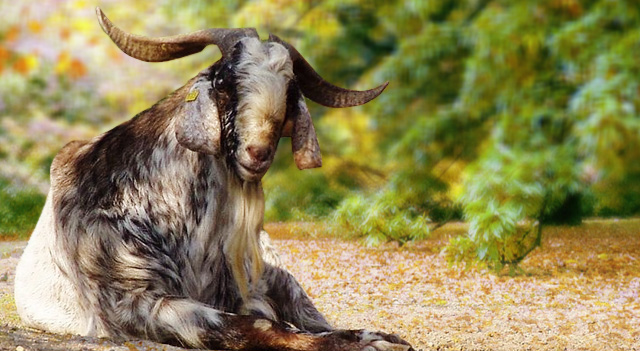 Boer is a popular goat breed developed through a cross between Indian and European varieties of goats. It is valued for its high quality meat.

These are large sized goats which can grow up to a height of 70 to 90 cm. Saanen goats are pure white in color with dark spots on the ears and nose. Their country of origin is Switzerland. Saanen is popularly referred to as the “Milk Queen” and is valued for its milk production. 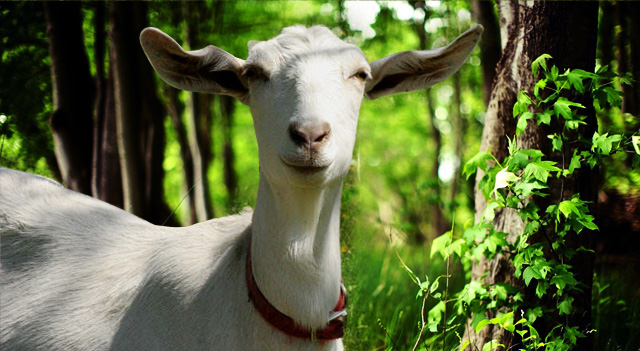 Another goat variety with desirable milk production is known as Surti. Like saanen goats, surti is also pure white in color. It possesses a well-developed udder which contributes to good production of milk.

Beetal is a popular breed found in large numbers in India. It has an average height of 70 to 80 cm with large and well-developed udders. Therefore, beetal is preferred for its milk.

Feral goats were crossed with dairy goats in the 1980s in New Zealand giving rise to Kiko goats. The desirable qualities of this variety include fast growth and the ability to survive with little food provided by the farmer.

Popular in the US, the Boer goats can adapt to different types of climate conditions. Their production rate is high since they can rebreed during the nursing period.

The Angora goats are popular for their wool. They produce high quality fiber called mohair. 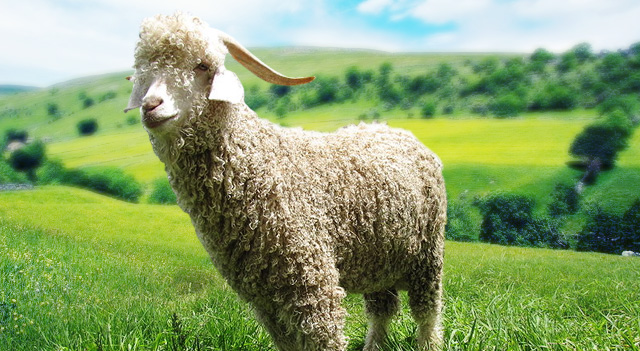 There is a number number of other cross breeds developed for their valuable meat, hair or milk. Selective breeding imparts desirable quality to the animal and increases profits for the producer.