A domesticated form the wild goat of southwest Asia and eastern parts of Europe, the common domestic goat is a beautiful animal with four legs and different body appearances. Measuring up to 58 centimeter in height, an adult animal can weigh up to 300 kilogram. The gestation period and lifespan stretch across 5 months and 18 years, respectively. Different breeds of the animal include Fainting Goat, Alpine Goat, Laoshan Goat, Barbari Goat, Nigora Goat, Beetal Goat, Cashmere Goat, and so on. Though you might be already familiar with the appearance and different characteristics of the animal, you won’t be having knowledge of some amazing realities about this creature. Here follows a list of the interesting 40+ interesting goat facts that, besides adding to your knowledge, will serve as a source of entertainment as well. 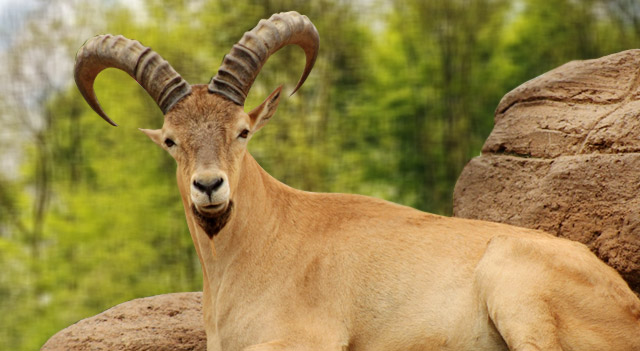 Do you know the proper name for a large group of goats? Well, a herd of goats is called a "trip".

The names of male and female goats are buck or billy and doe or nanny, respectively, while a baby is termed as a “kid”!

If a goat is properly conditioned, it can carry a load of upto 30% of its body weight.

As the fat molecules in a cow’s milk are five times larger than those of goat’s milk, the former takes an hour to get digested in the stomach while the latter can be broken down in just twenty minutes!

Besides being the first animal to be domesticated by humans in 10,000 BC, goats are also the first organism to be used for milk by mankind.

The month of February derives its name from the word “februa” which refers to the Roman festival of ritual purification. It was meant to promote fertility in women. On the occasion, the young men wore the skins of goat and hit women with strips of goat skin while running around them.

Two goats lived in the White house during the presidency of Abraham Lincoln, which belonged to his sons.

Are you aware of one of the really interesting goat facts that, in the ancient times, these animals were used to nurse babies?

The first ever discovery of coffee was made when goats were seen acting energetically. It came out that they had nibbled on coffee beans.

The intensity of sexual desire and fertility directly depend uponthe size of scrotum in bucks, i.e. male goats. 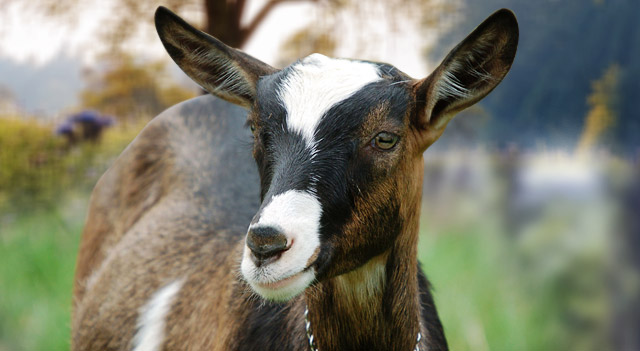 Native to the United States, a fainting goat is also known as wooden leg or the Tennessee Stiff-Leg. If you frighten a goat that is suffering from the recessive trait of myotonia, its muscles will get extremely stiffened followed by the extension of the hind legs and neck. As a consequence, the animal will fall onto the ground.

The mature males and females of boar goats can weigh up to 380 and 300 pounds, respectively. They serve as the leading meat breed in the country.

Goats are unable to utilize the feed as efficiently as sheep, so they have relatively slower growth rate as compared with that of sheep.

The pupils in the eyes of goats and octopuses are rectangular in shape.

In the time span of two years, does are capable of producing 3 litters of kids.

In one litter, the goats can give birth to as many as 6 kids!

The goat skins were used as the sheets to write on during the biblical times.

There are more than 200 breeds of goats and their number has been estimated to be over four million in the world.

While the act of giving birth is known as delivery in human females, it is called kidding in does!

A beard can grow in both billy and nanny.

When given balanced diet, the goat will eat only selective things. However, they do not feed on garbage, clothing or tin cans.

Rut is a period when a male goat is ready to mate, which comes in the beginning of the mating season. During this time, a buck experiences decrease in appetite and shows more interest in does. Another notable thing is that they start giving a strong foul-smelly musky odor and have increased tendency to fight with other bucks in the herd.

It is milk from lactating does when they are kept with musky bucks in a pen. Goaty milk can be harmful for the health of humans. 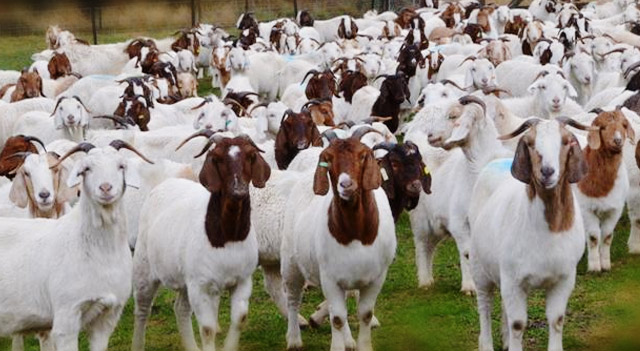 Goats can be found with or without horns, where the latter type is termed as ‘polled goats’.

The horns of goats are hollow from inside.

It takes 7 to 10 months for a female goat to reach puberty, while male goats can reach the age of sexual maturity at the age of 4 to 8 months. However, a buck starts breeding between 8 to 10 months of age.

It is one of the amazing goat facts that a single healthy buck has the capacity to breed up to 40 does.

The gestation or pregnancy period in does can last for 146 to 155 days, after which a new litter of kids is produced.

Like sheep, goats have got a breeding season. However, occasionally, they can also be seen as breeding out of season.

Contrary to the normal practice in sheep and cattle, goats deposit more fat internally around the organs and less fat is deposited externally.

As in many other mammalian species, estrus is a period during which the female goats develop strong desire for mating. In case of does, the duration of estrus is 12 to 36 hours while the estrus cycle lasts for about 18 to 22 days.

Swollen vulva, mucous discharge, tail wagging and mounting or being mounted by other goats are the signs that a doe shows while it is in heat or estrus.

Do you know one of the startling facts about goats that their normal body temperature is higher than those of humans? The optimum body temperate in humans is 98.6 0F, while in case of goats, from 101.7 0F to 104.5 0F is considered a normal range.

Normally, the heart in goats may beat for 70 to 135 times in a minute. Talking of respiration rate, it is about 12 to 15 breaths in a minute.

Being agile animals, goats are capable of taking a jump over five feet!

Goats are sometimes mistakenly considered as having 4 stomachs. In fact, it is a single stomach with four compartments where food is broken down with the help of bacteria and protozoa.

If both male and female sexual characteristics are found in one individual, it is called a hermaphrodite goat.

While injecting a goat, a veterinary doctor has to take care of the sciatic nerve that runs from the hips down to the legs. If an injection hits this nerve, the goat is likely to become lame.

Pink or bloody milk is wrongly considered a sign of inflammation of udder—it is actually a sign of udder trauma.

Given above are some the amazing facts about goats that you must have enjoyed while reading. Through the interesting goat facts, we come to know that it is the first animal to have been domesticated and used for milk by human beings. These agile animals can take a jump of over five feet. A doe or nanny canproduce up to 6 kids in a single litter. Their normal body temperature is considerably higher than that of humans. A goat can also be hermaphrodite, i.e. it exhibits both male and female sexual characteristics.