Sheep Vs Goat Differences About Characteristics

The goat and the sheep are related to each other through the same family. They are members of the Bovidae family and Caprinae subfamily. Concerning sheep vs goat, both are two distinct organisms with a number of differences between them. Goat and sheep differ from each other on the basis of their genetic makeup which in turn determines distinctive physical traits as well as behavior for both.

Read on to find out the difference between sheep and goat. 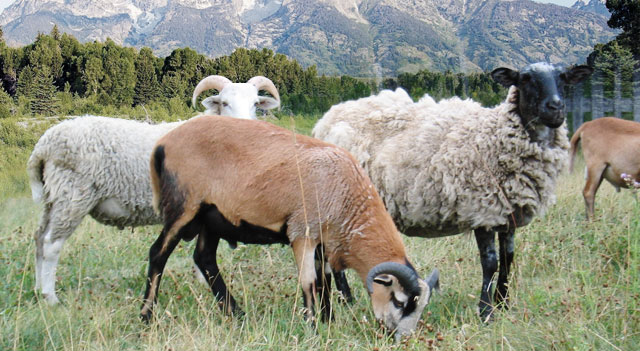 The science of classification, termed as taxonomy, considers goat and sheep as two different organisms of the animal kingdom. Although both the species belong to the same family, they show divergence at the genus and species levels. Goat belongs to the genus Capra while the genus for sheep is Ovis. Similarly, the goat species is known as Capra aegagrus while the sheep species as Ovis aeries.

Now let’s discuss sheep vs goat in terms of their genetic makeup. Each organism has a set of chromosomes which determine its physical and behavioral traits. Each chromosome contains a large amount of genetic information. Therefore, a difference of even a single chromosome can place organisms in different group of scientific classification. In the case of goat and sheep, the former contains sixty chromosomes while the latter possesses fifty-four. The difference does not only lie in the number, but also in the particular genetic information stored in each of these chromosomes. This information is what imparts distinguishable traits to both the animals which are discussed in more detail in the discussion that follows. 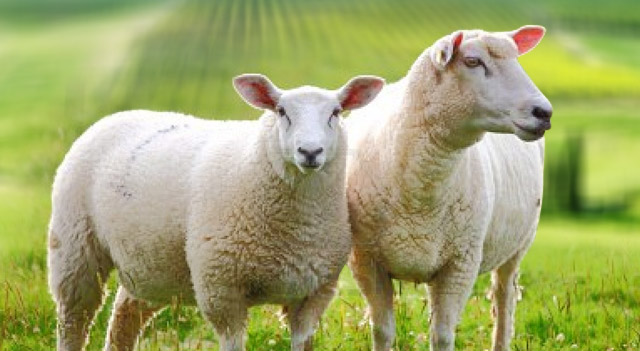 Most of the types of goats possess a beard which varies in size and thickness of hair from one variety to another. In some cases, the male goat has a beard but its female counterpart does not. On the other hand, all types of sheep lack beards. However, they may possess a mane which is not found in the case of goats.

In the case of goats, the coat is thinner as compared to the woolly coat of a sheep. The latter is a source of wool while goats cannot provide this valuable product. A sheep’s coat is sheered at least once in a year. In addition, the tails of sheep are also docked – the process of making the tail shorter for the purpose of maintaining sanitation and health. There is, however, no such requirement for goats.

Due to their woolly coats, sheep appear plump. In comparison, goats are slender. This is another important physical difference between the two animals.

In addition, there is also a conspicuous difference in the color of the hair color of these two types of animals. Sheep always possess a white coat. On the other hand, different kinds of goats vary in color. They may be black, brown, white or grey. Often, their coats are a combination of two colors which offers camouflage to the animal.

Another prominent difference between the physical traits lies in the upper lip. Sheep possess a well-developed philtrum while goats lack it. A philtrum is a vertical groove which extends from the nose to the upper lip in many mammals. Its function is to carry moisture from the mouth to the nose in order to keep it wet. A wet nose detects odors better as compared to a dry one. Therefore, the presence of a philtrum suggests a sharper sense of smell in the case of sheep as compared to goats.

The body of animal contains various glands. In particular, animals possess scent glands to attract mates and repel enemies. In the case of sheep, tear glands are present beneath their eyes while scent glands can be found between their toes. On the other hand, male goats have glands beneath their tails.

When sexually mature, most animals emit a specific odor to attract the opposite gender for the purpose of mating. In the case of goats, the males give off a particular scent as they develop sexual maturity. The strength of this scent increases during the mating season. However, in the case of male sheep, this odor is not strong (perhaps owing to their better sense of smell). 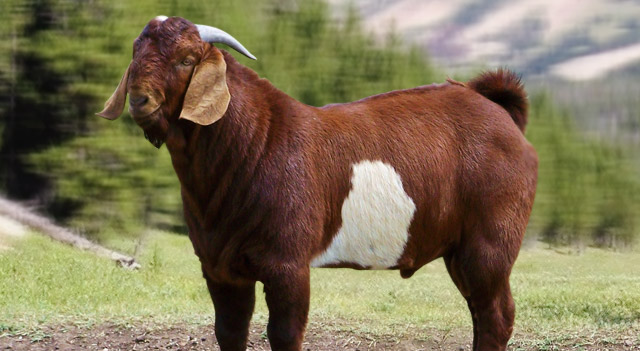 Although both the mammals are herbivores, their feeding behavior is different from one another. Goats are termed as browsers while sheep are grazers.

As a forager, a goat searches for food sources and feeds on leaves, shrubs and twigs. They have been bestowed with qualities which help them in their search for food. For instance, goats are agile and can stand on their hind legs to reach the upper parts of plants. They can climb up steep mountains and trot around rocky regions to search for food.

On the other hand, as grazers, sheep mostly feed on grasses. They graze in fields, devouring the upper parts of the grass and exposing the shoots. A sheep feeds in flocks and does not roam off alone.

The flocking instinct of a sheep is stronger as compared to that of goats. Sheep prefer staying close to their herd. In fact, a sheep can get agitated if it is separated from the rest of the flock. This makes it easier to manage a flock of sheep. On the other hand, goats pose a little difficulty with their manageability since they exhibit a curious nature and can roam off alone independently.

When threatened by another organism, sheep and goats show different defensive attitudes. A sheep first backs up and then charges butt heads. On the other hand, a goat rises on its hind legs and comes down with force to butt heads. The technique used by sheep is more successful.

All of these differences between goats and sheep prove that both organisms are different with their distinct identity in the animal kingdom.