Buffalo is a member of the animal kingdom and belongs to class mammalia. Most types of buffaloes can be domesticated and are a source of milk and meat all around the world. The hide of buffaloes is also a valuable commodity as it is used to manufacture numerous leather products.

Buffaloes are herbivores, that is, they feed on plants only: mostly grass. Therefore, the natural habitat of buffaloes mostly consists of woodlands and pasturelands where they exist in herds.

The traits of these animals differ according to the buffalo types. There are different types of buffalos, each one existing in a specific region of the world. The major types of buffaloes are discussed below. 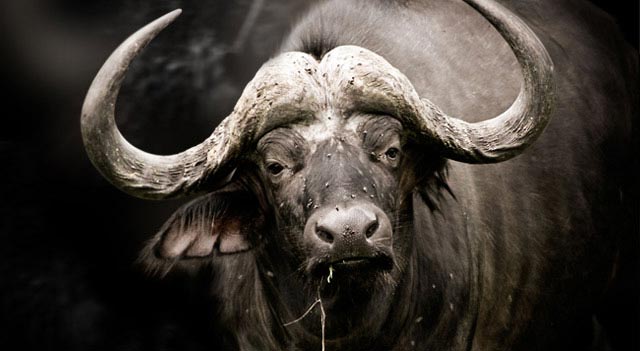 Water buffaloes are the largest among all the other members of the buffalo family with an average height of five to six feet as you can see in the buffalo pictures. Their domestication began around 5000 years back in India. Since then, they have been used for their meat, hides, horns and milk. Moreover, they are also used for transportation in many Asian countries. Water buffaloes have also been used for plowing fields.

African buffaloes are wild animals found in the woodlands and forests of Africa. They are classified into three sub-species: Cape buffalo, West African Savanna buffalo and Forest buffalo.

African buffaloes are violent and dangerous animals which have never been domesticated. Their unique physical trait is their horns which are fused at the bases and curved upwards at the edges. The horns form a bony shield for the African buffaloes. It is so hard that even a bullet cannot pass through it easily.

Also known as American Bison, it is an animal native to North America. The physical traits of American buffaloes found all over the country differ due to the differences in environmental conditions. However, they all belong to the same species.

American Buffaloes held extreme importance for the Red Indians of North America. They were used in rituals, as a source of food, as a means of transportation, for their hides and hair, for their horns and for a number of other purposes. Unfortunately, due to the rivalry towards Native Americans, a mass slaughter of buffaloes was conducted throughout the 19th century in an attempt to eradicate the animals which were so important for the Indians and were a source of their livelihood. As a result, American Buffaloes have become extinct. Some other factors, including over-hunting and disease, have also contributed towards the extinction of the American Bison.

European Bison is closely related to American Bison, but is slightly larger and taller than its American counterpart. However, it has become completely extinct now with the last of the species hunted in Poland after the World War I. Efforts have been made to introduce the species again in different European countries. However, their numbers still remain low. 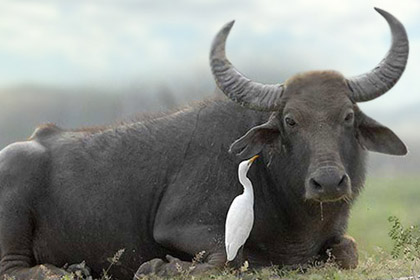 Where do Buffalo Live? (Buffalo Habitat)

The buffalo habitat may vary according to their type. 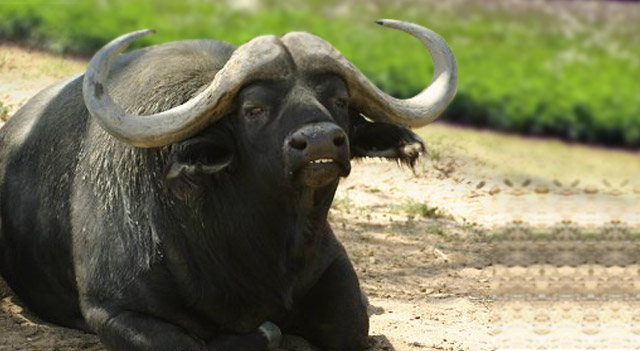 Regarding buffalo diet, they are herbivorous animals which feed on plants. Their main source of food is grass. Some types of buffaloes feed on other plants as well. For instance, the Asian water buffalo feeds on plants found under water.

Buffaloes chew their food well in order to break down the fiber found in plants. Their digestive system contains enzymes which can chemically break down cellulose, the major component of plant cells.

Buffaloes also need a high intake of water. For this reason, most types of buffaloes, such as the Asian water buffalo, remain near a source of water.