More diverse than any other class of organisms on earth, the insects have between 6 and 10 million species. These tiny critters look scary especially due to the presence of a large number of appendages on their body, such as many legs, antennae, (compound) eyes, and so on. The insects also include stink bugs which stink if you disturb them and when they die. Stinking is actually a defence strategy.

You might have heard about io caterpillars. The presence of venom containing spines makes them very dangerous. If their spine pierces your skin, it can cause painful blistering.

The insects have been grouped in class ‘insecta’ of the phylum ‘Arthropoda’ which is the biggest phylum of the animal kingdom. It contains more species than those of all the other phyla taken together. In other words, Arthropoda contains more than fifty percent of all the animal species on earth. They are adopted to a wide variety of terrestrial habitats and can be found in almost every part of the world. Some of these insects are beneficial for humans while other are harmful. Still there is a significant number of those which are extremely dangerous. They can be harmful in many different ways. You must have a bit ‘know-how’ of such insects, so that you may be able to tackle any impending danger in case you come into contact with them. I have prepared a list of the top 10 extremely dangerous insects on earth. Just read on and you will come across some very valuable information.

Having characteristic bright brownish color, black stripes and transparent wings, the killer bees are a hybrid bee species, resulting from the cross-breeding between African and western bee species. They are also alternatively known as Africanized honey bees. The addition of ‘killer’ to their name is based on their potential to kill the victim by injecting a toxin through their powerful sting. 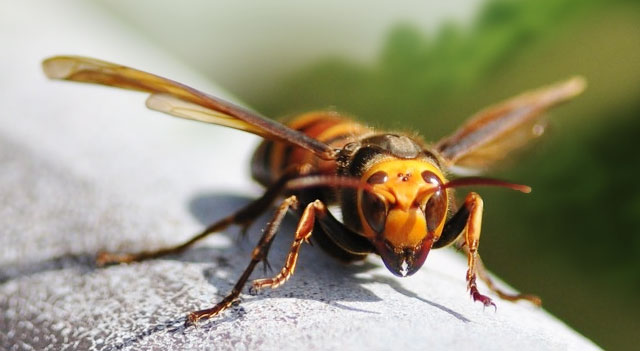 Various mosquito species cause troubles for humans in different ways. They come into contact with human body mainly to suck blood, thus living as a parasite. Apart from inflicting irritation, some mosquitoes are also responsible for causing certain diseases in humans. While feeding on your hot blood, they transfer the disease-causing germs. Female anopheles is one of them. It was first described and named by J. W. Meigenin 1818. This genus of mosquitoes contains around 460 species, nearly 100 of which are responsible for causing malaria in humans by transmitting plasmodium. 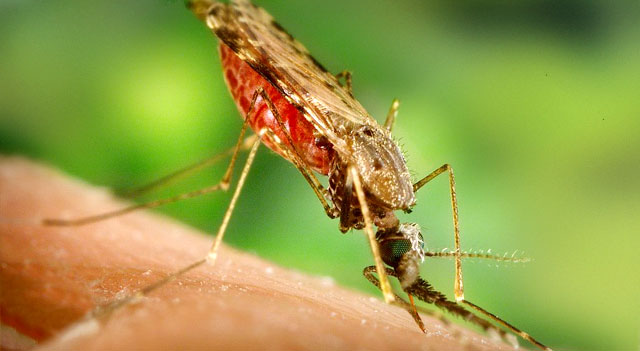 Kissing bug is placed at position 3 on the list of the top 10 extremely dangerous insects. It is also known as conenose bug or assassin bug. There are over 130 species of the kissing bugs which have been grouped in Triatominae, a subfamily of Reduviidae. Majority of them feed on the vertebrate blood and are known as hematophagous. Usually widespread in the American continents, some of the assassin bugs can also be seen on the continents of Australia, Africa and Asia. They are notorious for sucking the blood of nesting vertebrates while sharing shelter with them. 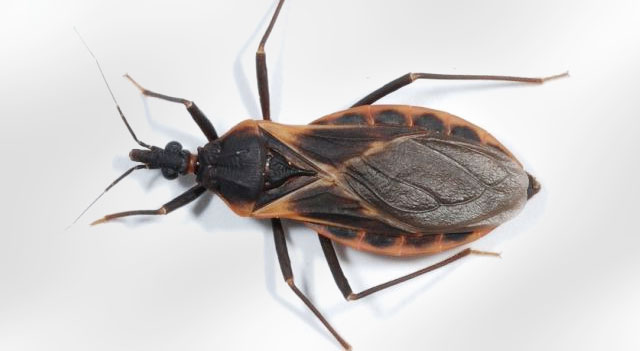 Fire ant is a name commonly given to over 200 species of ants belonging to the genus Solenopsis. Possessed with a very venomous sting, they are regarded as the most aggressive species of ants in nature. If provoked, they attack the victim with a very painful sting. The light brownish red color of their body gives them an alternative name ‘red ants’. The fire ants usually live in soil and feed on small insects, like crickets as well as plant tissues. They have got so dangerous sting that small animals can be killed with it. 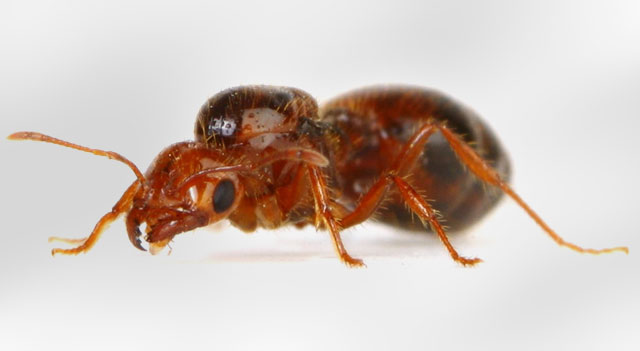 The Asian giant hornet is the world’s largest species of the hornet. Coming second to it in size, the Japanese giant hornet is a subspecies. It also enjoys the title of the most aggressive insect in the world. They may grow as large as 4.5 centimeter in size. The Japanese giant hornet has played an infamous role in the history of Japan when it spread major endemic in the rural areas of the island. The sting of these poisonous insects can cause a lethal reaction in the humans. The injected toxin causes a severe tissue damage in the victims. Anaphylactic shock has been observed in the allergic people. 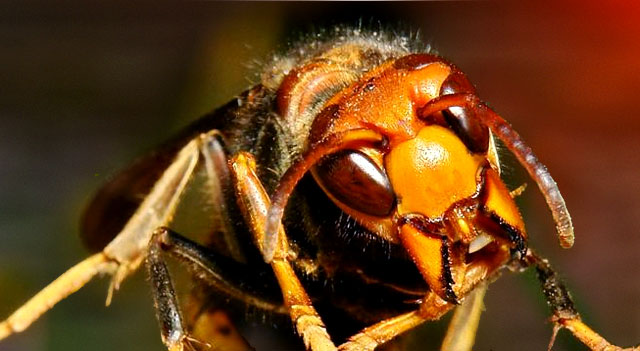 Measuring about the size of a nail, the rat fleas carry very harmful germs that can even prove to be fatal. The Yersinia pestis bacterium is one of the most famous of such germs. This bacterium was responsible for causing Black Death in the fourteenth century, which lasted from 1348 to 1350 and caused more than 350 million deaths in Europe. Though fleas are also found on cats, dogs and other animals, they are not as deadly as the rat fleas. 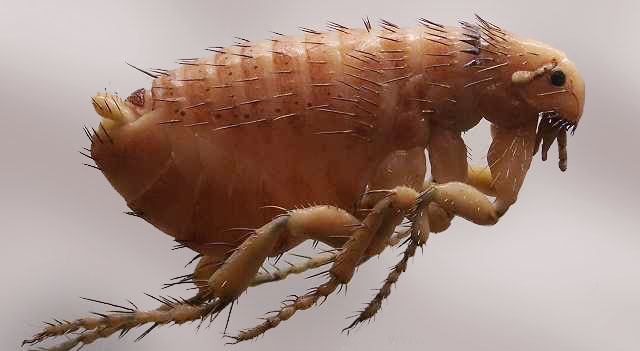 Notorious for causing trypanosomiases or African sleeping sickness disease, the tsetse flies feed on the blood of humans and transmit the germ responsible for this illness. They live in the African continent. You will be surprised to know that these flies take the lives of over 250 million individuals every year. If the disease transmitted by these flies, i.e. African sleeping sickness, is not treated timely, different vital bodily functions stop working and the affected person dies. 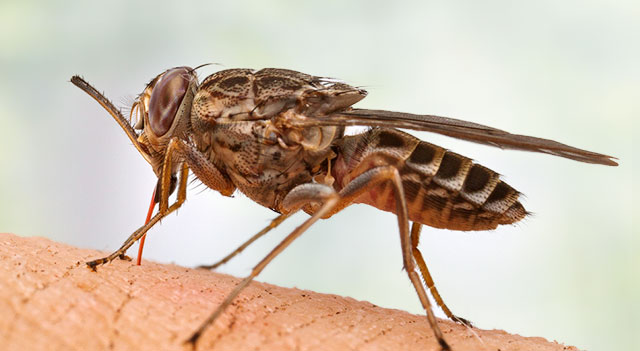 Though not deadly to humans, the locusts can cause a huge economic loss by destroying plants and crops on large scale. They usually attack in swarms, consisting of several thousand insects, and completely eat up the plants in the fields. The crops stretched across millions of acres of land are destroyed by them every year. 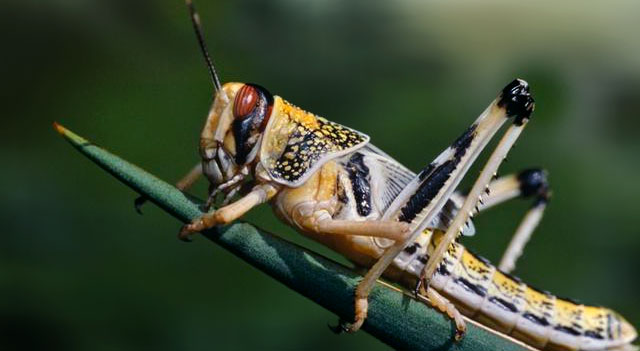 Alternatively known as siafu or driver ants, the safari ants are found primarily in the eastern and central parts of Africa. However, they can also be seen in the tropical areas of Asia. They are not as deadly as some other insects included in the list of the top 10 extremely dangerous insects, but have been reported as causing up to 50 deaths every year. They attach the humans only if their colony is disturbed or destroyed. 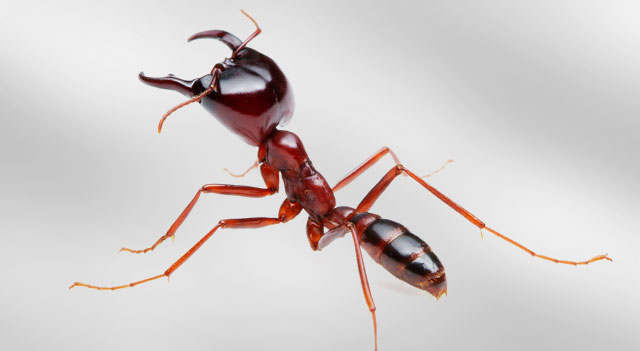 A predator species of the ants, the bullet ant is also known as giant hunting ant. Its powerful and potent sting gives it the name of bullet ant. Inhabiting mainly the rainforest areas of Paraguay and Nicaragua, they are considered as the largest of all ant species in the world. Their sting is associated with a severe pain in the victim that can last for up to 24 hours. Based on this fact, the locals also give them the name “24 hour ants”. 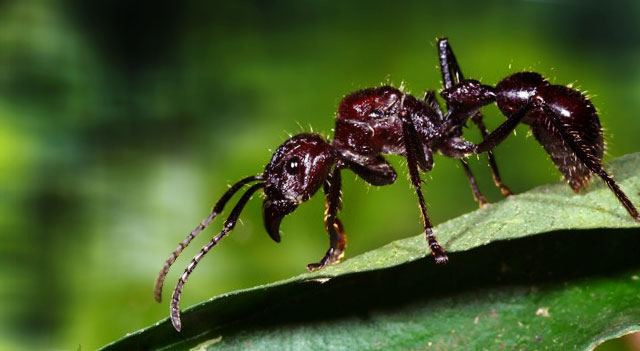