Baboons are intelligent and opportunistic creatures which belong to the Cercopithecinae family and papio genus. These primates are mostly found in Africa as well as in some parts of south western Arabia.

There are five species with slight variations in physical traits. Dimorphism also exists between the genders and, therefore, the males and females are easily discernible. However, the basic characteristics which set these organisms apart from other types of primates include a well-built and strong set of jaws, a pair of close-set eyes, long muzzles and protruding ischial callosities. 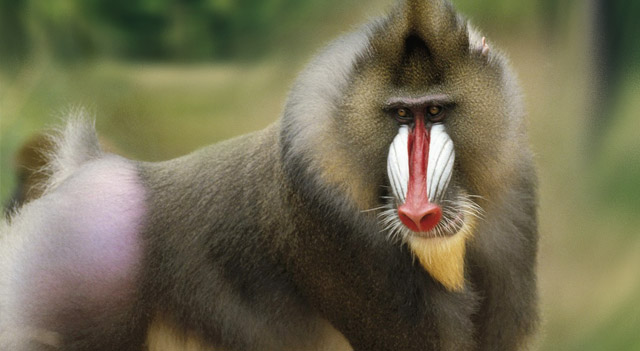 These animals are crafty and can adapt themselves in different conditions and habitats for survival. In fact, among all other types of primates living on earth, they are second to Homo sapiens in their ability of adaptation.

There are several other interesting baboon facts. Read to enhance your general knowledge about these intriguing primates.

Where Different Species are found

The five identified species and their habitats are:

Baboon pictures show the unique physical traits of these animals. Moreover, the variations between their genders as well as among the five species can also be observed. These photos can be found on different websites dedicated to animal information.

Observe individuals as well as entire troops in these photos. Apart from their physical characteristics, it is also interesting to see their behavior and activities as captured by the photographers. You can see them foraging around for food, sleeping up on a tree, chasing off an intruder or hunting down a prey. The relationship between mothers and their young ones can also be observed through these photos. See how they are carried by the mothers during their infancy.

No doubt, they are interesting creatures. After going through the interesting information stated above, you will surely enjoy looking at their photos.