This is a kind of humming bird. It is really small in size, only 8.9 cm as it can be seen in blue chinned sapphire pictures. And also, this little bird weighs only 3.8 g. It reproduces by laying eggs in a nest that is shaped rather deep for such a tiny bird, like a cup. 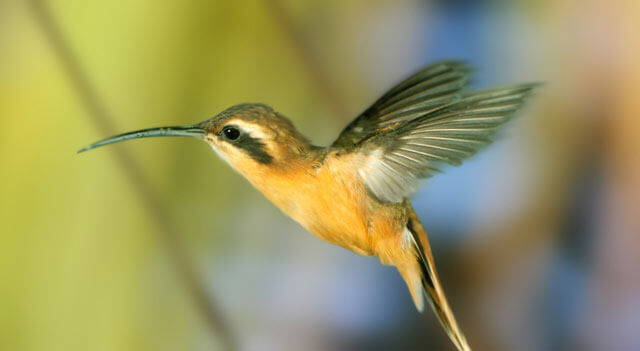 The blue chinned sapphire information reveals that it has a beak or bill that is fairly straight. The upper portion or the upper mandible is black while the lower one is reddish. These birds make it rather easy for people to differentiate between male and female as their physical appearance has a slight yet easily observable difference. The male bird’s plumage is majorly green which is comparatively darker from above as compared to the lower part. Also, the male bird has white thighs. The tail of such a male bird, which is forked, is blue and this color can also be seen on its throat. The female on the other hand is different in the under-parts. The difference is not in the shape or structure of the bird on the outside but the color and pattern. The female bird has white under-parts that are spotted green.

This bird is usually found in forests hence also called a forest bird. It is also sometimes found in cultivated areas but if they are found anywhere outside forests it has to be a place with big trees. So, if there is a cultivated area, like a farm, which has a lot of big trees, especially in places like Colombia, Trinidad, Brazil and Peru you can expect to find little creatures like blue chinned sapphire hummingbirds lurking on the trees there. 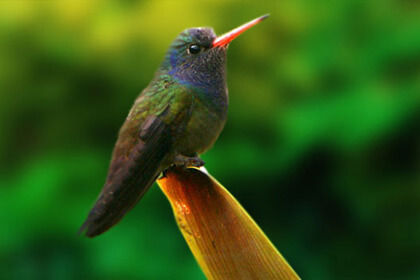 Although these birds, like other hummingbirds, make feeding territories and do their best to protect their food, they are still known to be rather timid. You could say that they are too lazy to fight, but then again a hummingbird can hardly ever be called lazy. The second option one is left with is the thought of the bird being just too peaceful or innocent. This option seems more apt. This is said because when kept in observation along with other birds, this particular bird is often seen being bullied by the rest; bullied and even harassed. While, this fact makes one feel sorry for them, it also makes one automatically fall in love with their cuteness and innocence. Unlike other hummingbirds, these ones actually do sometimes lose the fight owing to their tiny size. In it one of the important blue chinned sapphire facts that these birds and their beautiful blue colour shines bright in sunlight and makes their body look like a metallic armour. 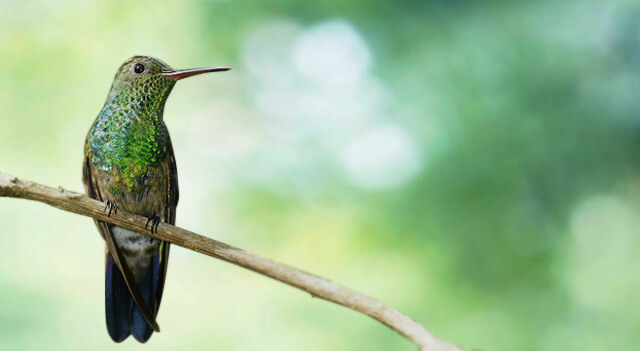 The blue chinned sapphire diet consists of insects and nectar. However, this has been mentioned as the general diet of this species. There isn't a very strict rule as to what they eat and what they don't. Another trend that they follow while feeding is the establishment of a feeding territory. This is established by the male. This is established by the male and protected very vigorously by him too.