A basking shark is the second largest creature of the ocean, the blue whale being the biggest one. They swim slowly, mostly near the surface of water. Their triangular fins can be seen above the water surface. If you want to observe these interesting organisms in their natural habitat, Scotland is where you need to be.

Although they are found in a number of places near the coastlines of the Pacific Ocean and the Atlantic Ocean, basking sharks migrate to warmer waters during the chilly winters. On the other hand, they seek cooler temperature during the summer. Therefore, the coastlines of Scotland welcome the world’s second largest fish each summer. Proper shark diving excursions are arranged from May to September that is the time during which the fish migrates to the waters of Scotland. Interested folks enjoy deep-sea diving to swim with these fascinating fish and observe their activities.

The word "shark" inspires fear and gives goose bumps. However, a basking shark is not a carnivore and is in no way a threat to humans. It is for this reason that wildlife lovers can enjoy a swim with these harmless creatures in Scotland. If you are looking for some basking shark facts, below is an interesting discussion about this popular fish. 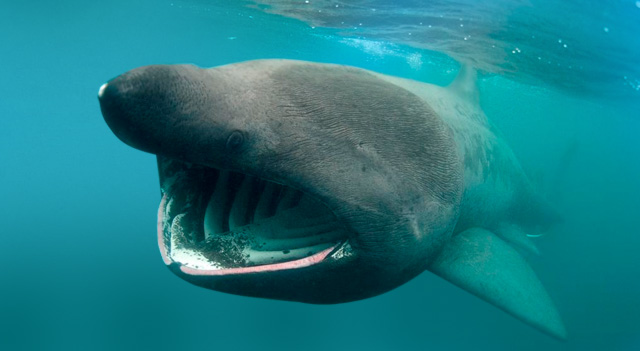 In an ocean full of a diversity of wildlife, how can one distinguish this creature from many other large fish? You can familiarize yourself with its features through basking shark pictures. The fish possesses the following unique physical characteristics which make it stand out from all the other ocean creatures.

One obvious distinguishing characteristic of the world’s second largest fish is its huge size. It can be between thirty to thirty-three feet long and up to six tons heavy. In the case of most of the other organisms, the dominant male is larger and heavier. On the other hand, in the case of this particular fish, the females take the lead by being larger in size.

The bulbous snout of these fish is conical in shape. It is one of their most prominent features, helping them to be easily identified. At birth, the snout is hooked upwards or downwards. This hooked appearance helps the young ones feed while they are still inside the womb of their mother. As they grow after birth, this hooked look disappears and the snout becomes elongated.

They have a large mouth which suits their filter-feeding habits. They are able to open their mouth as wide as an entire meter. Inside the mouth, there are fifteen rows of teeth, six on the upper jaw and nine on the lower jaw. These teeth are hooked in shape and small in size. However, only some of these teeth rows are used when the fish feeds.

One way through which their presence becomes obvious is the appearance of their large and angular dorsal fin on the surface of the water. This fin can be as long as two meters and has a triangular shape.

Another one of the most prominent physical features of these fish is that of their unusually long gill slits. Extending from the top towards the bottom, there are six of these structures on each side of their head. Found on these gills are numerous gill rakers. The latter is used in filtering tiny prey or other food particles from the water.

As mentioned above, these migratory fish move from cold to warm waters during the winters and in the opposite direction when it is the summer season. They mostly exist near the continental shelf. Being filter feeders, they are found in regions which have a high amount of plankton. This source of food is mostly found near the surface of the water. For this reason, these fish do not go deeper than 3,000 feet in the water. These giant fish have also been observed to stay close to the land. That's why they are mostly found swimming around near estuaries or bays.

This filter-feeder enjoys feasting mostly on the zooplankton. Zooplankton consists of small crustaceans, small fish, fish eggs, and larvae. It also enjoys feeding on shrimp which is found a little deeper into the water. However, it is a little picky when it comes to the quantity of the food. The fish refuses to feed in a region where the concentration of plankton is less than 1 gram per cubic meter of water. It simply swims on searching for regions where there is more abundance of its food. 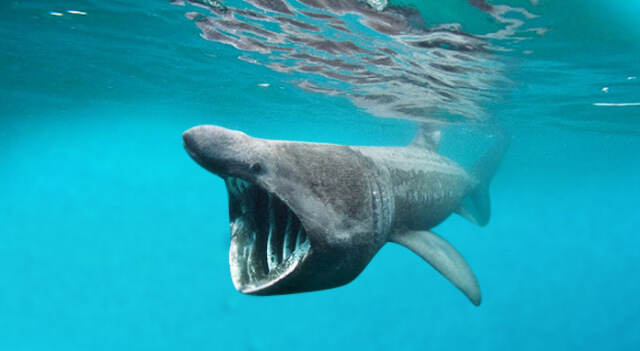 Here is some more interesting information about this magnificent fish.

Unfortunately, this amazing creature has already been declared as vulnerable to endangerment by IUCN. Timely efforts by environmentalists and wildlife organizations can protect this creature from the evil intentions of humans.