Comb jelly belongs to the phylum ctenophore, containing specific invertebrate animals of the marine habitat found in different parts across the globe. The characteristic feature of the members of this group is the presence of ciliated plates which appear as tiny combs – hence the name comb jelly. These cilia help the organism swim. 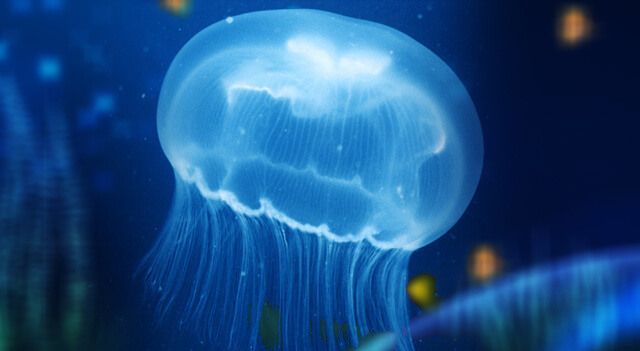 As the name suggests, the organism consists of a jelly-like body. Other characteristic physical traits are described below.

Comb jellies are carnivores. The main component of their diet is different types of sea jellies, eggs and larvae of other marine fish, copepods as well as other comb jellies. The following facts explain their eating habits.

Comb jellies reside in salt waters all over the world. They prefer bays and estuaries. They are mostly found in waters with a low content of oxygen and a high population density. The organism stays near the surface of the water but moves deeper during times when the sea is rough. Endemic to North and South America, the organism is also found as an invasive species in a variety of other regions including the Black Sea, the Aegean Sea as well as the southern and northern Baltic Seas.

Overall, different species of comb jellies are found widely all over the marine kingdom in both shallow as well as deep waters.

Among other interesting comb jelly facts is their impressive adaptive behavior which greatly enhances their survival chances in their marine habitat. The organism adapts the environment in the following ways.

Here are some random comb jelly facts for fun.