Apart from being a wonderful addition to the dinner table, the halibut fish has an important place in nature as well. This organism belongs to the genus Hippoglosus and is an inhabitant of the salty waters of sea. It is grouped with flatfish and is the largest one in this category. The following halibut fish facts and information will answer all the important questions you might be having about this sea creature. 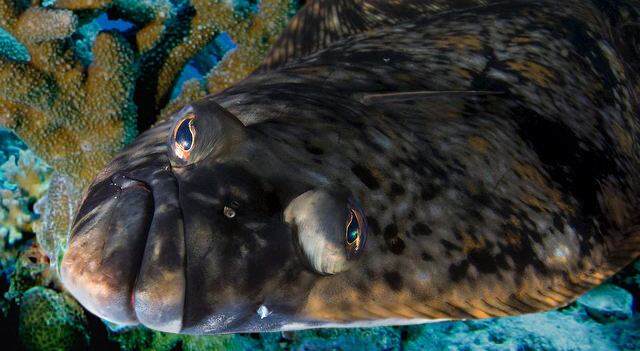 Halibut facts suggest that it is the biggest of all flatfish in the world, and the largest of these may measure about 8 feet in length. On the other hand, its weight can be over 700 pounds. The largest of these fish was caught at the northern Norway cost which was 8.2 feet long.

The fish has a grayish-black upper body with a white underbelly. It is one of those organisms that have the most interesting ways for camouflaging themselves. This camouflage is related to the eyes of the organism. Although it is born with an eye found on each side of the head, like all other organisms, one of the eyes travels to the other side six months after birth. As a result, one side of the head has two eyes while the other has none. The creature starts looking like a flounder due to this fascinating quality. The side with no eye remains white while the other side darkens like the upper body. This is what helps the fish blend itself with its surroundings. The dark portion looks like the ocean floor while the lighter portion blends with the light coming from the sky. The fish has very small scales which cannot be seen with the naked eye. Therefore, it appears to have a smooth skin as its scales are embedded in the skin.

Where does it live?

If you have a taste for sport fishing, you might also be interested in finding out the halibut habitat. It resides in the Atlantic Ocean, the North Pacific Ocean as well as near the Alaskan coast. The fish prefers to stay at the floor of the sea. At larval stage, however, it drifts around wherever the current takes it. After growing at least 4 cm in length, the larvae are able to swim on their own towards the bottom of the sea. When the fish is between two to four years of age, it stays near the shore. As it grows older, it gradually moves deeper into the waters, reaching the bottom eventually.

What Does it Eat?

Halibut fish diet consists of a variety of sea organisms. In fact, it has been known to feed on any creature which can fit into its mouth. The most common prey includes cod, herring, sand eels, capelin and large crustaceans. Hermit crabs, flounder, sculpin, pollock and cephalopods have also been found in its stomach by scientists, leading to the conclusion that it is not a finicky organism when it comes to food. The younger fish feeds mostly on small crustaceans and other creatures found at the bottom of the ocean. In case the food supply is short at the sea bottom, it moves upwards searching for prey. 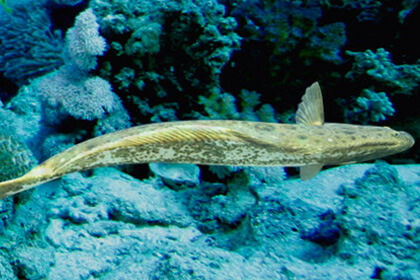 What Makes it a Valuable Fish?

The fish is, of course, valued for its meat. It makes a scrumptious meal with a delicately sweetish flavor and flaky yet firm meat. Moreover, the meat is not filled with countless bones. In fact, there are very little bones in this tender delight. This meat also has a high nutritional value. Being low in fats, calories and sodium, the fish is one of the most common preferences for the most health conscious folks. It is abundant in proteins and minerals to offer an extremely nutritious option for your lunch or dinner.

After having got the answers to your questions about this interesting sea organism, you might also be interesting in the following trivia about it. 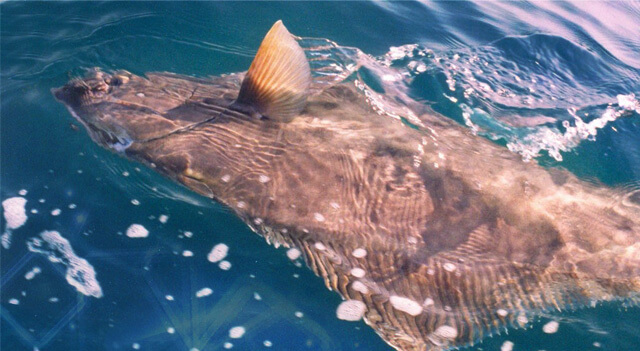 This is indeed one of the most amazing marine creatures you will ever come across.