The hogfish is known as Lachnolaimus maximus in the scientific world. It belongs to the wrasse family and is one of the large members of this group. Wrasse is the second largest family of marine creatures. Therefore, Lachnolaimus maximus is a popular organism of the ocean. Apart from being a beautiful creature swimming across the waters, this fish is also economically significant. The desirable taste and quality of meat make it a common target for fishermen. The Western Atlantic Ocean is home to these fish. Their habitat begins from the Bermuda region, goes south towards the Caribbean Sea and the northern part of the Gulf of Mexico, and then extends to the South American coastal region. The waters of Florida Keys in southeastern United States of America are replete with this water dwelling organism. This is where most of the hunting is carried out to catch larger numbers of the fish. 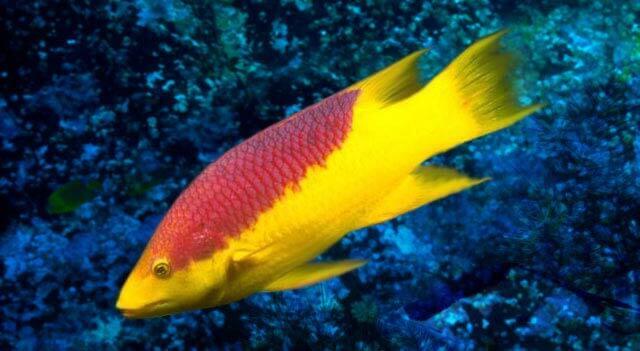 The long and pig-like snout of this marine creature is what accounts for its unique name. Its mouth can be protruded for the purpose of catching food from the bottom of the sea. The wrasses usually possess cigar-shaped bodies. On the other hand, Lachnolaimus maximus has a thin body which is laterally compressed as well as rounded. The age, gender and location of these creatures determine the color of their body. Therefore, they exist in a wide range of colors as you can see in hogfish pictures. Most of them, however, are reddish brown. Those which are smaller in size have a uniform grey body while the larger ones are pink like salmon with maroon bars at the top of their snouts.

These creatures are medium-sized and can attain the maximum length of a hundred centimeters only. A typical individual weighs around nine kilograms. A unique physical trait found in most of the members of this specie is a dark, circular blotch found under the dorsal fin. Their pectoral fins are yellowish in color. Another prominent feature is their red eyes. Diversity in physical characteristics may exist depending on where the creatures live. Their physical traits enable them camouflage themselves with their surroundings in order to hide from potential enemies.

These fascinating marine creatures can be seen by a common man in aquariums as well as in photos found in science books or on the internet. Apart from viewing these photos due to fascination, they can also be seen for studying their characteristics and comparing them with other members of their family. Discover the different colors and size of the organism which vary according to the gender, age and habitat. Find photos to study these variations and increase your knowledge about this wonderful organism. 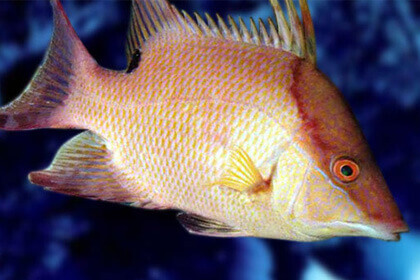 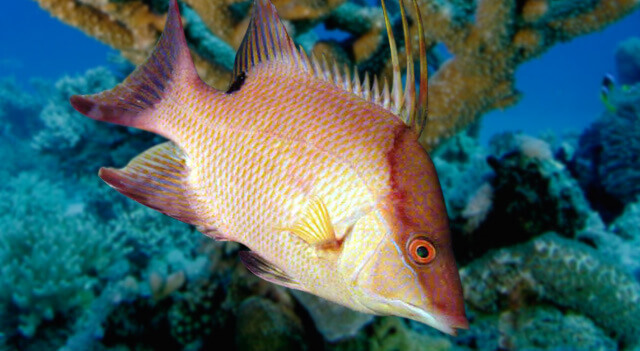 Unfortunately, Lachnolaimus maximus is another member of the animal kingdom which has been classified as being vulnerable by the IUCN. Humans have sought the creature for its unique flavor as well as to adorn their aquariums. This has resulted in a dwindling number of their population in the natural habitat. The authorities are, therefore, implementing measures to put an end to overhunting for its protection before it is listed as “endangered species” by the IUCN.