Umbrella-like creatures, with many tentacles, are popularly known as "jellyfish" or simply "jellies". In scientific system of classification, they are categorized under the kingdom Animalia, Phylum Cnidaria and sub-phylum Medusozoa. Other common names of these aquatic organisms include sea jellies and medusa (or plural medusae). Their tentacles are quite sticky, so that they can catch their prey quickly and easily. The prey gets stuck to their tentacles and it is hard for any victim to escape from them.

You can see jellyfish in every ocean. Basically, jellyfish is not a kind of fish; they are jellies instead, as they don't possess gills. They can easily survive on the top of the ocean as well as in the deeper regions. These fish are usually found in groups and their group is normally called a bloom or swarm.

There are many types of jellyfish. Some are dangerous, while the others are absolutely harmless to other creatures and humans. It is still suggested that you should not consider all kinds of jelly fish to be safe to touch. A few types of jelly fish will be discussed in this article, such as cotylorhiza tuberculata. This type of jelly fish is harmless to humans and is mostly found in the Mediterranean Sea.

Other type of jelly fish is Marivagia Stellata, which is found on the Eastern side of the Mediterranean Sea but, on other places, it is quite rare.

Aequorea forskalea is a famous and lovely species of fish that is also harmless for human beings. Certain other types of jelly fish are Aurelia aurita, Catostylus tagi, Mnemiopsis leidyi, Phyllorhiza punctate, Rhopilema nomadica, Thalia democratica, Velella velella and Box jellyfish. Among all these types of jellyfish, the most dangerous and deadly ones include the box jellyfish. It is so dangerous that it can kill a number of human beings through its poison. 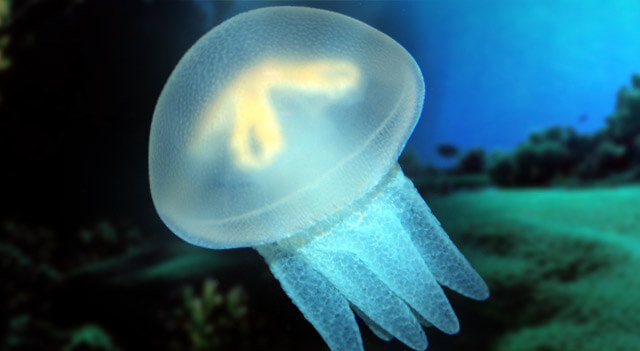 Coming towards facts about jellyfish, there are many interesting pieces of information about these wonderful creatures. 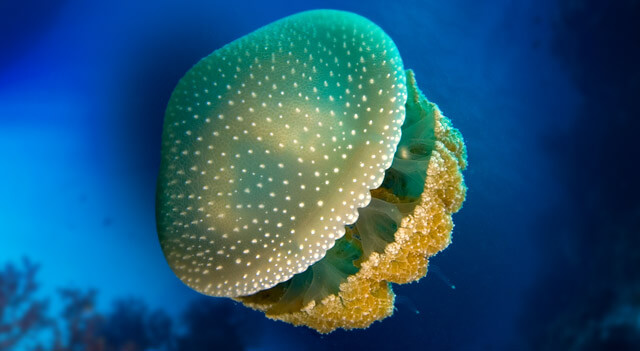 You can find lots of jellyfish pictures on the internet and in a number of magazines. Just log on to the World Wide Web and download as many jellyfish pictures as you want. You can place the colorful pictures on your desktop screen, so that you can always get a look on them to refresh your mood. Their pictures would give a wonderful effect to your screen. You would feel as if a large number of colorful umbrellas are running down to your screen. 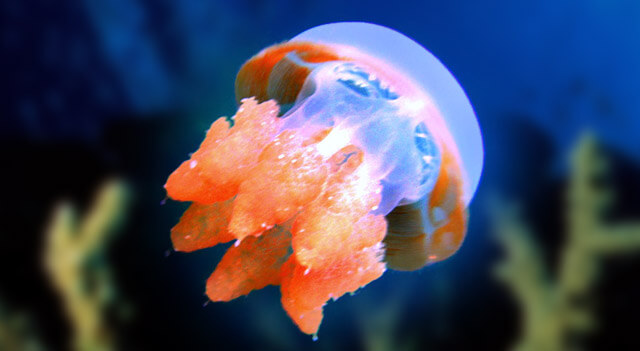