50 Facts about Octopus Existence and The Camouflage Skills

There are many things you’ll find weird about octopuses, ranging from size and appearance to the behaviour of arms after they are detached from the body. You’ll learn all this and more in the collection of 50 facts about octopus.

Wondering how their size can be something that much amazing? It’s about variation, i.e. octopuses vary in size from as small as less than an inch to as big as over 20 feet! Kevin Pearce talks about the same thing in the book “Being an Octopus”.

And here is something about their appearance. The predators mistake them for a rock or a seaweed for their very texture! Sounds unbelievable? The list of 50 facts about octopus will make the idea clear to you.

Do you know how, on the floor of an ocean, an octopus exhibits amazing camouflage skills? If “no”, read on to discover 50 facts about octopus. If ‘yes’, still don’t skip it for here’s plenty of new info to add to your knowledge.

This wonderful sea creature can change the skin colour that matches with that of the environment. It is done to escape from the danger of predators. Camouflaging is also done to deceive the prey while aiming at it.

How many hearts does an octopus have? You have one heart and they have three!

Here are the octopus facts about its existence and the camouflage. 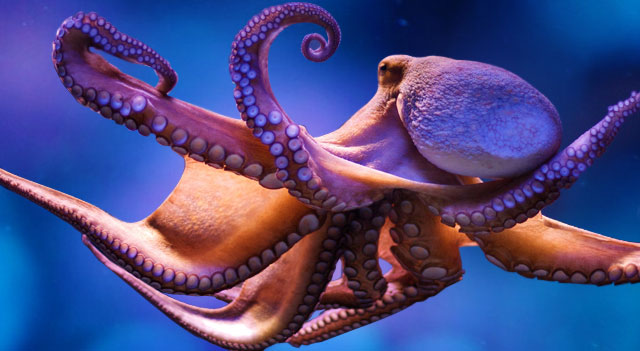 Octopus Facts – Camouflage and Other Defences:

Facts about Octopus for Kids

It is not just camouflaging, you’ll many other things amazing on the list of 50 facts about octopus. 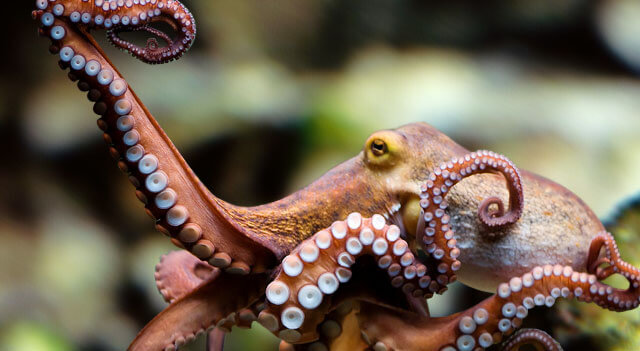 What Do Octopuses Eat?

Based on all these fascinating50 facts about octopuses, it won’t be wrong to enlist these animals among the weirdest creatures of the aquatic environment.

They can not only switch their appearance into five different colours but also mimic the body shape of other animals. These are the tactics for defence against any possible danger to their life.

Other safety measures include autotomy of limbs, ejection of venomous saliva, construction of gardens and fortresses, and the use of ink sacs.

Surprisingly, octopuses are the most intelligent of all invertebrate animals on earth. As an essential trait of a predator, these creatures have the ability to remember the habitat of their prey as well as comprehend their behaviour.

At the same time, their capacity to learn through observation is also something worthy of note.