What Do Seahorses Eat?

The scientific name for seahorse is “Hippocampus”. This name comes from the ancient Greek language, where hippo means “horse “and campus means “sea monster”. Seahorse is actually the genus name given to 54 species of small marine fishes. These unusual marine creatures can be found all over the world. 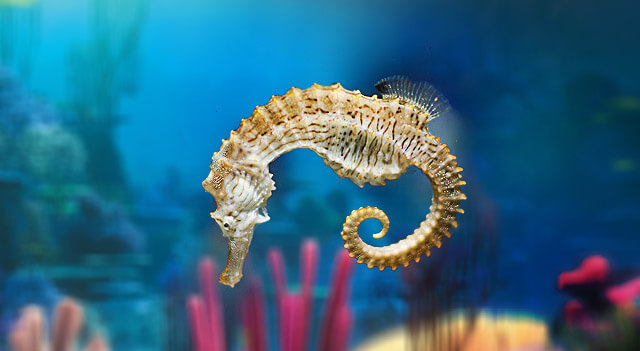 Physically, seahorses are upright in posture and have a curled prehensile tail. The main appearance is dominated by small bony shells. They have a tubular snout and the head shape makes them look somewhat like horse.

They are mostly found in warm and tropical waters. They dwell in that area of water where there is a lot of shelter in the form of corals, sea grass and mangroves. Sea horses can also be kept in a large aquarium, but this change in their natural habitat causes them a lot of stress and difficulty in survival. 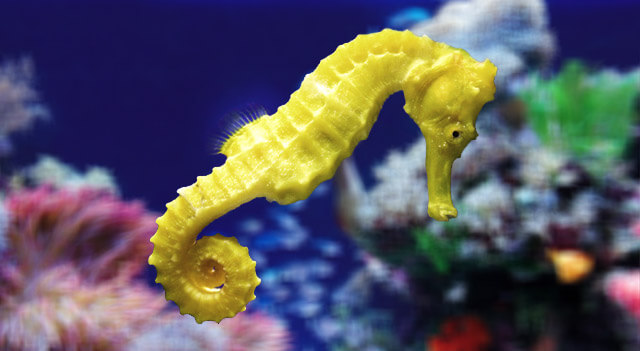 Another intriguing fact about these animals is that they don’t have teeth. They take in their prey through their tubular snout, which acts like a vacuum to take or suck the food in. It also helps them to search corners and crannies for their food. As they don’t have a wide mouth or bite and they can’t chew, sea horse food has to be small. Their neck is naturally built in such a way that it makes catching prey easy for them. It is flexible and well adaptive to catch the tiny fishes. The seahorse diet usually consists of crustaceans and small fish, e.g.

The seahorses in the wild usually eat their food/prey alive. If offered frozen or dead food in captivity, they reject it down right, unless you condition them to make the switch. Once conditioned in this way, the young seahorses who have only lived in captivity try the frozen food provided to them. Some people say that hippocampus species are grown better in captivity as they are provided with a variety of different foods, which results in better and complete nourishment rather than eating just one type of food in the wild. However the proponents of the idea of letting them live in wild believe that the environment and the live food they need helps them grow better. Many a times, in captivity, they don’t ever get used to frozen food, and the caregiver must provide them with live food.

The animal has a unique way of catching its prey in a stealth mode. Their physical attributes allow them to move their necks forward. The curved neck facilitates in doing so. When their prey passes them, they can quickly peck on it and suck it. When the prey has crossed them, this attack becomes a mere surprise for them and makes it difficult for them to escape. Their eyes also play an important part in aiding them find their food. They can move their eyes separately and see around efficiently. This helps in eyeing both the sides separately giving them a wider view of the things around. 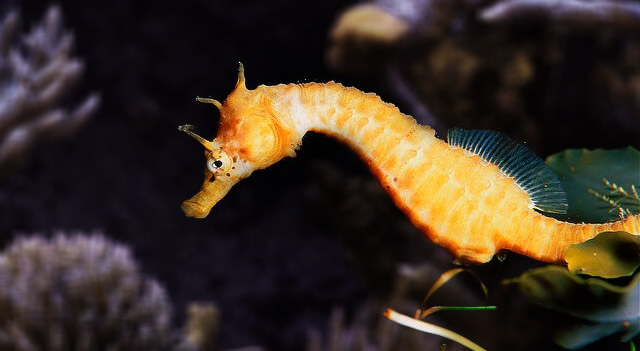 Sea horses are one of the most interesting animals in our waters. With looks of a horse, it has the traits of a fish. The exclusive physiognomies and traits make them one of the most amazing creations of nature. They are highly used in Asian medicine, especially in China, thus becoming vulnerable to extinction. Their use should be limited by humans, and the sea horses in captivity must be provided with ample amount of space and the right amount of food. The care takers must know what do seahorses eat and how many times a day. They need to be protected to keep our marine life as beautiful and appealing as it is now.