The colorful bird, called as golden pheasant exhibits an absolute balance of colors, beauty and nature. These birds are widely spread in China, Europe, United States and their surroundings. With golden hairs, red colored body and brown tail; they look simply amazing to those who possess love for birds. Comparing to the male pheasants, male pheasants are less colorful, flashy and smaller in size. These birds are popular as game birds and attract almost everyone with their beautiful colors and alluring build. The multi colored feathers add excellent beauty to the look and feel of these birds as you can see in the golden pheasant pictures. 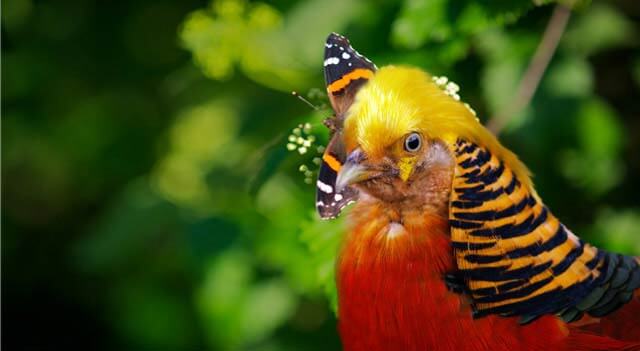 Mostly the Golden Pheasants are found in zoos. When it comes to live outside the zoo, they prefer ground places where they can found there diet with ease. They are also found in the dense forests on hilly areas. Though they like to roam on grounds in the day time but at nights they take rests in thick and dense trees. 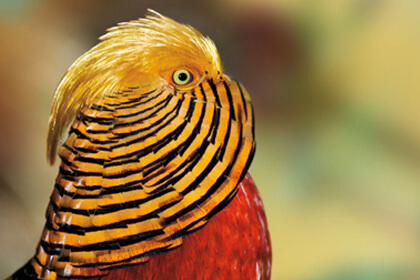 The Golden Pheasants mostly like to have seeds, berries, leaves, shoots, vegetables, invertebrates and other insects from the ground in their diet. 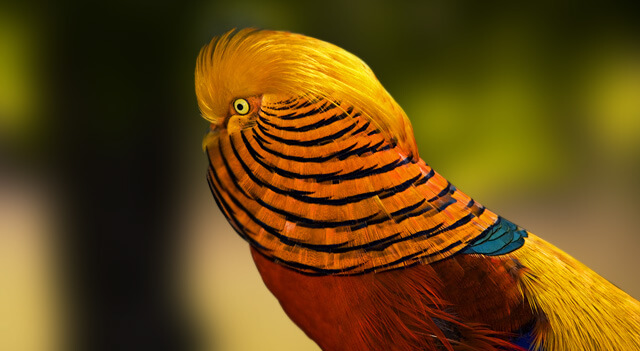 The Golden Pheasants can be easily said as ground birds, since they possess great likeness for ground areas. This preference is just because they can find food with them easily and can run safely and quickly in case of any danger. In case of any threat or unusual activity the Golden Pheasants are capable of jumping really high and within a flash.

By nature they possess a lot of shyness in their moods. Unlike other birds, where they want to fly in flocks, the Golden Pheasants like to roam around either alone or in pairs. This proves their shyness and introvert nature.