Nightingale bird, the night songstress, is globally adored for its melodious and magical voice. As you can see in the nightingale pictures, it looks awfully cute and is often regarded as a romantic bird. For its beautiful voice, creativity and spontaneous singing, it has always been a source of inspiration for different poets and musicians. Eminent poets like John Keats and Shelley have often glorified these birds in their poetry. Nightingale is a morning bird but can be heard singing at dawn. In evening, these songstresses sing even louder to make up for the background noises produced in the wake of various activities. When threatened, it produces a frog-like croak. The best time to listen them, conveniently, is at night! For more interesting nightingale information, keep on reading the remaining part of the article. 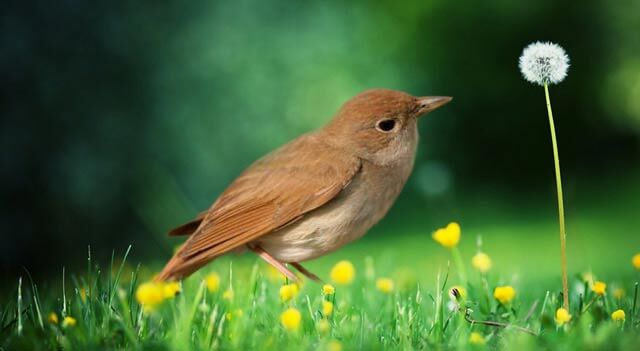 What Makes These Birds Romantic?

Romanticism is often related to these cute birds for their innate tendency to attract mates by whistling. Only unpaired males sing regularly at night and the song is likely to attract the mate. Who would have known that nightingales are romantic birds!

Why Do They Sing Louder At Night?

Nightingale is mainly a morning bird and sings during early hours of dawn. Their voice can be easily heard over long distances in the morning time but it becomes comparatively shallow in evening. Due to cacophony of unpleasant sounds, they have to sing louder to make themselves heard over long distances. Therefore, to minimize the undesirable, background noises, they start singing at the top of their voice.

Nightingale Is An English Bird

Nightingale, owing to its large distribution in England, is regarded as an English bird. It is common sight in woods, parks and grounds. Nightingales also inhabit other countries like Portugal, Spain, Persia, Arabia, Austria, Hungary and Africa. It is also the national bird of Iran. 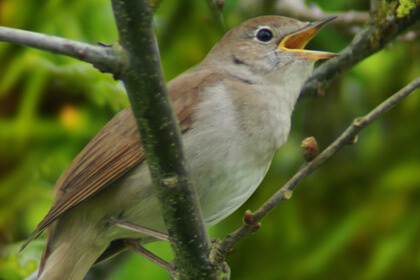 Unlike most of the birds, these are asocial and prefer isolation. The nightingale habitat includes thick forests and woodlands. They prefer residing far from human settlements. They are migratory birds and can travel any distance to find a perfect place for them.

Like many other birds, nightingale diet consists of fruits, seeds and nuts. When the food is scarce, they will eat insects too. Their small size often puts them in immense trouble, making them an easy catching for rats, foxes, cats and snakes. Large birds of prey often hunt Nightingales. 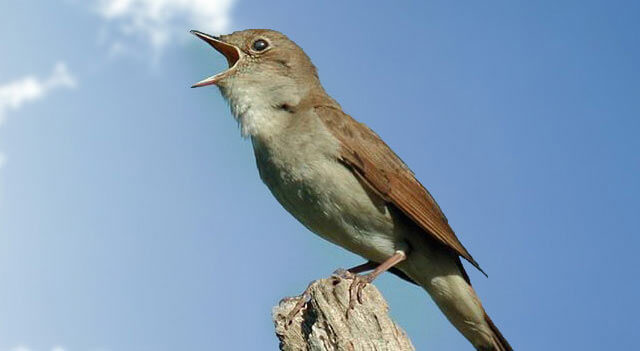 Nightingale's mesmerizing and invigorating voice can excite anyone! It is a natural anti-depressant that can heal many wounded hearts. Unfortunately, nightingale facts reveal that they, along with other birds, have been at the verge of extinction. No one has paid heed to her rapidly declining numbers. It is imperative for WWF and other concerned authorities to take this matter seriously.