Scorpion is known as a dangerous and poisonous creature. They are found at warm places and in forests, and are very close to the groups of spiders, mites and ticks. As you can see in scorpion pictures, they have four pairs of legs, making them eight in total instead of six, as you see in other insects. They are black and brown in color. 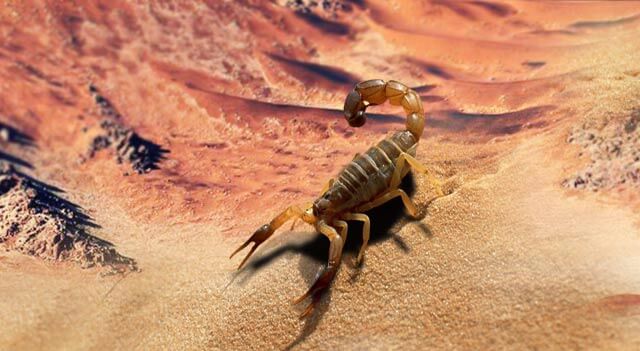 Not all of the scorpions are poisonous but those, having poison, are dangerous enough for humans as their poison can cause death. Scorpions are carnivores with a lifespan of 3 years at minimum and 8 years at maximum. Whatever the scorpion types may be, all are equally scary and dangerous for humans. The size of a scorpion is almost equal to a cup of tea or less.

Scorpions can be easily found all over the world except some islands, for example, New Zealand, Greenland and Antarctic region. If we explore the historical data, it can be seen that scorpions existed 400 years back as well. The scorpions are scientifically classified in the Kingdom Animalia, Phylum Arthropoda and Class Arachnida. 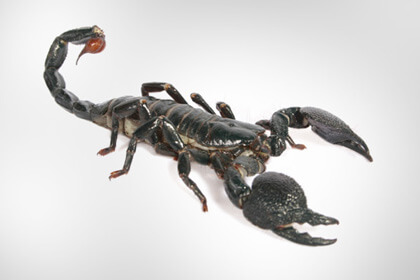 There are more than a thousand extant species of scorpions. These species are further categorized in the families of Buthidae, Hemiscorpiidae and Scorpionidae. The Buthidae family has more than 800 scorpion species that are found in tropical and subtropical lands except New Zealand and Antarctica. The Hemiscorpiidae family has seventy-two scorpion species that can be seen in tropical and subtropical areas except North America. The Scorpionidae family has 240 scorpion species. One of the scorpions, with a flat tail, is known as African Androctonus australis that is highly dangerous to humans because it is capable of injecting very large amount of poison into its prey's body that can lead to its death. 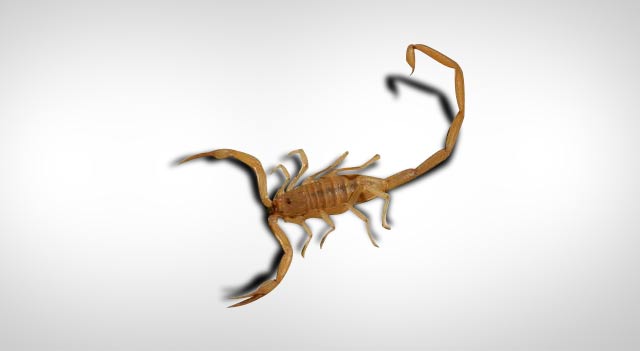 Coming to the other side of the picture, it is said that not all scorpions are dangerous. You can keep some of them as your pets as well, such as Hadrurus hirsutus. It is a desert scorpion and can prove to be a good pet, but its sting can be very painful if injected. The only thing you have to keep in mind about this scorpion pet is its aggressive nature. Therefore, do keep them but don't make them aggressive, so that you don't have the taste of a painful sting. Some more types of scorpions can be categorized as albino scorpions, black scorpions, blue scorpions, emperor scorpions, death stalker scorpions, lesser brown scorpions, pseudo scorpions, red claw scorpions, red scorpions, sand scorpions, tailless whip scorpions and whip scorpions. It is quite obvious that all of these scorpions are classified either according to the difference of their colors or other features they possess.

Once you log on to the internet, you can get a long series of scorpions' pictures. You can download as many pictures as required and keep them with you forever. Make sure to download the pictures from reliable sources, so that you do not download any Trojan into your system.