The term “Big Five” is used to refer to the five largest animals in Africa. This name was coined by hunters during the colonial days. At that time, however, the “Big Five” were not put on this list for their size. Instead, these animals were called so owing to the difficulty which was faced by hunters to catch and kill them. These marvelous animals include the African elephant, buffalo, rhinoceros, lion and leopard.

The following discussion provides information about each one of these magnificent creatures of the African continent.

Africa’s elephant is the largest mammal on land. On average, a fully grown adult elephant can weigh as much as six tons. In addition, it can grow up to be as tall as three to four meters. Another feature of an African elephant which adds marvel to this creature is its large ears. In comparison to Asian elephants, African elephants have bigger ears which can be flapped around to cool down the animal’s body in the hot climate of Africa. Moreover, both male and female African elephants have beautiful tusks – another reason for hunters in the past and safari tourists today to follow them. 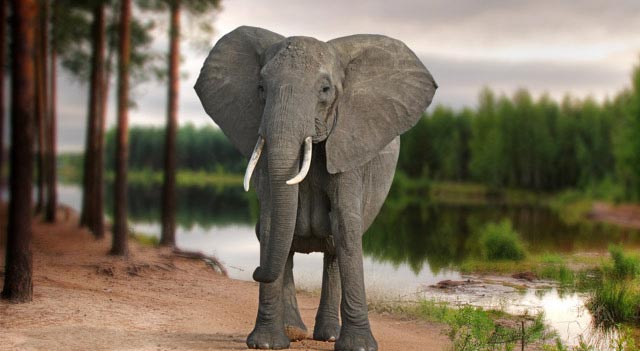 Despite their formidable appearance, elephants are harmless to humans and other organisms. They are herbivores and feed only on different types of plants. However, beware of the bill elephant as well as mothers carrying young elephants around with them. Seeing an elephant flapping its ears, creating the trumpeting sound or kicking up dirt from the ground is a sign that it is about to charge. Therefore, human tourists should be careful and keep their distance when visiting an African Safari.

Buffalo is another one of the five biggest animals in Africa. It is also one of the most dangerous animals since it is notorious for being bad tempered. In addition, buffalos can also cause stampedes. An average African buffalo weighs around three hundred to nine hundred kilograms. It has a height of 1 to 1.7 at the shoulder with a comparatively long tail 0.7 to 1.1 meters long. Buffalos possess a large head along with a broad chest. In addition, their legs are strong – around 4 times stronger as compared to the legs of an ox. 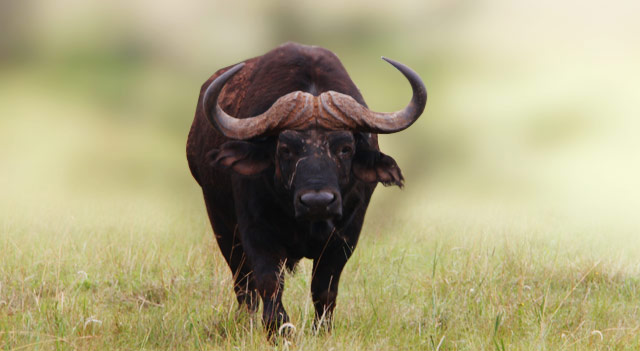 A formidable physical trait of buffalos is their horns. Each buffalo, male or female, possesses a pair of horns in the shape of a question mark. However, the horns of male buffalos are thicker as well as longer.

It is advised not to roam around too near a buffalo when visiting an African safari.

The African rhinoceros is another large and formidable looking organism. However, of all the animals in the continent, rhinos are the hardest to find lurking around. This is because these creatures are on the brink of extinction owing to over-hunting activity of humans. 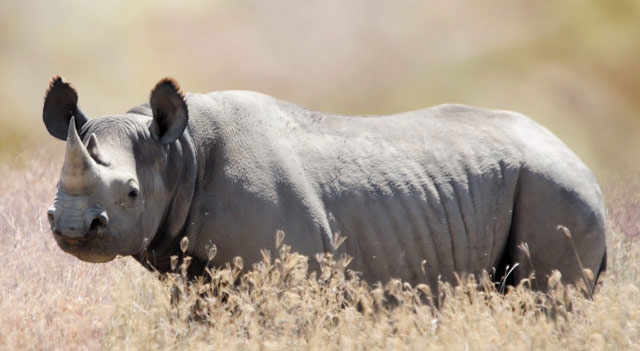 There are two types of rhinoceros found in the African continent – the black rhino and the white rhino. However, it is not the color which differentiates these two species but other physical traits. A white rhino is graying in color while a black rhino has darker skin. The former is wider and heavier with a weight of around 2 tons. On the other hand, a black rhino weighs from one to one and a half tons. It is the black rhino which is in danger of extinction today.

Africa’s King of Jungle is the lion. Lions are ferocious hunters and extremely formidable creatures. A fully mature lion can be as heavy as 225 KG. Lions are found hunting together in prides. Each pride consists of around forty members. It is the female lions which hunt and kill the prey while the males share the meat. 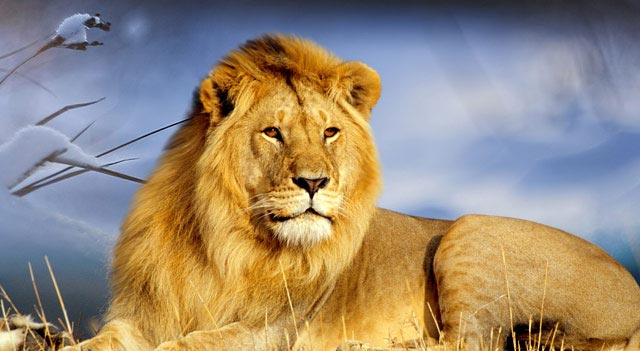 Panthera Leo, as known in the scientific world, lions can be as tall as forty-eight inches. They can live up to thirteen years under favorable conditions, availability of plentiful food and the absence of predators. Their sole predator is human hunters.

Tourists should be aware about the hunting behavior of lions. If encountered during a safari trip, one should not turn to ones heals and run away. A running individual is seen as a potential prey by lions. Therefore, it is necessary to stay composed and back away gradually without showing a hint of panic.

Last but not the least, leopards are another one of the most formidable beasts of Africa. Although leopards are smaller than lions, they are just as dangerous and ferocious. In fact, a leopard is stealthier and hunts at night instead of roaming around openly during the daytime. 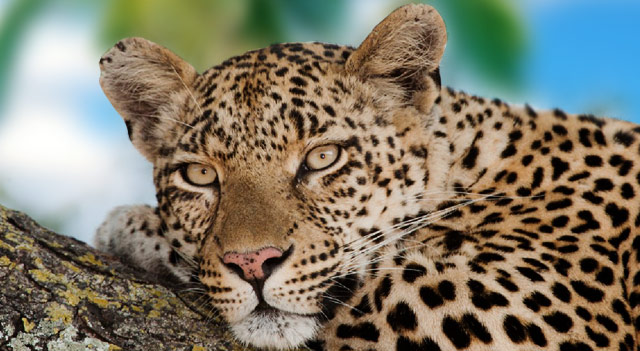 On average, leopards weigh around 140 pounds and can grow up to twenty four inches. They have a large lifespan of twenty-one years under favorable conditions. Leopards are popular for their spotted coat and have been a target for human poachers. However, it is very difficult to catch leopards since they reside deep in African forests and come out only at night to hunt.

These five big animals of the African continent are indeed stunning and magnificent. It is worth arranging a safari trip to observe these amazing creatures in their natural habitat.