Black Rhino Habitat and Causes of Being Endangered

When you hear the word "Rhino", the image that comes to your mind is of a tenacious, sturdy and an angry animal with a huge strong and rugged body and skin which is stout like armor. The animal is ferocious and dominates the other animals of the jungle while all others are scared of it and don’t want to get into any trouble with him. Nobody can dare to bother, hunt or kill this sturdy being. Let me surprise you and pop this bubble of your imagination by giving you a very grave piece of news. Black rhinos are one of the endangered species in the WWF Most Endangered Animals list. Although the whole species around the globe is classified as an endangered species, one subspecies, called the western black rhinoceros was declared "Extinct" by IUCN in the year 2011. 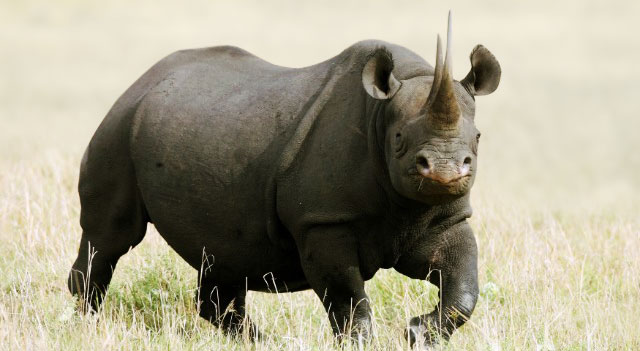 About the Black Rhino:

Before I get to the reasons as to why this strong and robust animal is endangered to extinction, let’s get to know more about them. The black rhinos are also known as the hooked lip rhinos. They are commonly referred to as “black” rhinos but the skin shades can lay in the spectrum of grey, brown and black. They are found primarily in central and east Africa in countries like Kenya, Tanzania, Zimbabwe and Angola, etc.

The black rhinos are beasty creature with an average adult male weighing 800-1400kgs. They are on average 9.2-12.5 ft long and stand 4.5-5.5 high at shoulder. Even their tail is exceptionally long and can reach up to 24 inches in length. They usually have two horns (a smaller third horn may develop in some cases) made up of keratin and are usually 50 cm long. They use their horns to intimidate their opponents during their fights, digging up the ground and doing other like things. They have an incredibly tough skin that protects them from thorns, grass and any such thing.

The black rhino habitat is basically grasslands, savannahs or forest transition zones. This is a general description of their habitat otherwise their habitats are found ranging from desserts in Africa to forests in Kenya. The location may vary but you will always find rhinos within a range of 25km to some water body. They are often found in mud or water where they go to cool their bodies off. They feed on grass and shrubs and woody herbs. That is why they are mostly found in areas with a healthy supply of their requirements.

Some interesting Facts about the Black Rhinos

Reasons for being endangered

Now let’s look into the most crucial point that why are the black rhinos an endangered species.

The most detrimental factor to their endangerment is the illegal horn trade across the globe. This dehorning of the rhinos is fatal for them. The rhino horn is a very expensive material, used by the Chinese in their medicine; in the Middle East to make Jambiyas (ceremonial daggers). In other parts of the world, it is used as an item to exuberate one’s opulence through different products made out of rhino horn. These horns were also widely used for some superstitious beliefs. Only in the year 1970-72, there was a 96% population decrease of the black rhinos due to this inhuman act of poaching. 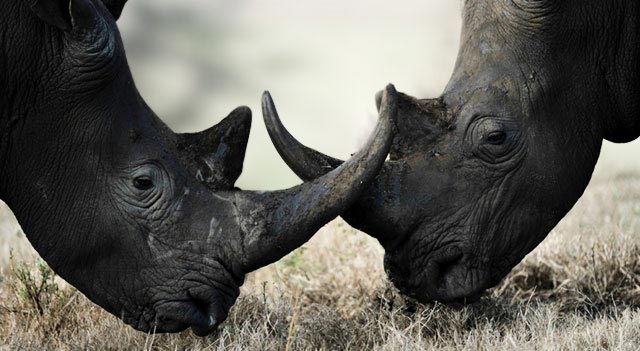 Civil disturbances, mainly wars, have greatly endangered the species of black rhinos like in Chad, Cameroon and Rwanda, etc.

As the de-forestation is occurring around the world, the natural habitat of rhinos is getting disturbed. There are less healthy shrubs and green vegetation for them to survive. This is cause of a great damage to rhino population.

There are many organizations that are now actively spreading awareness about how we need to stop putting this animal at the risk of extinction. We as individual should avoid buying things or indulging into acts that involve animal skins, fur and especially Rhino horns as they are alarmingly endangered and at the verge of extinction.