You might have seen or learned about hundreds of thousands of animals in the world, but did you ever happen to come across a marine fish that looks like drifting seaweed? If not, just go through this post and add some stunning pieces of information to your existing pool of knowledge about the animal kingdom! Leafy sea dragon, one of the weirdest animals on the planet earth, is the only surviving member of the genus Phycodurus which has been named after the dragons of the Chinese mythology. Its specific name also refers to one of the most basic physical characteristics of the animal, that is, long leaf-like projections that come from all over the body. This marine fish can be found along the western and southern coasts of Australia. Listed below are some of the most amazing facts about leafy seadragon that, besides contributing to your knowledge will also serve as a source of entertainment: 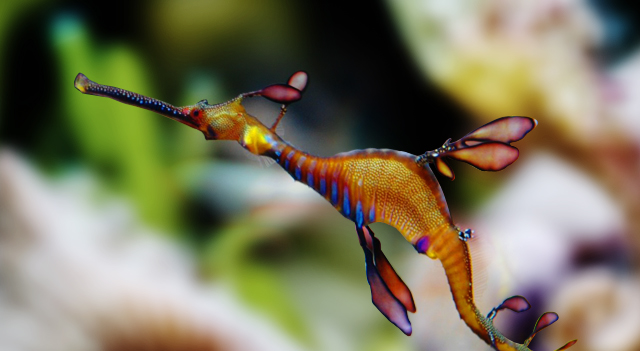