It is an amazing fact that the jungle's King a lion can be beaten down in a Siberian tiger Vs lion match. A lion might be a big and aggressive creature, but a tiger is even bigger and more ferocious. The more powerful tiger, therefore, will be the clear winner if a fight breaks out between the two big cats. 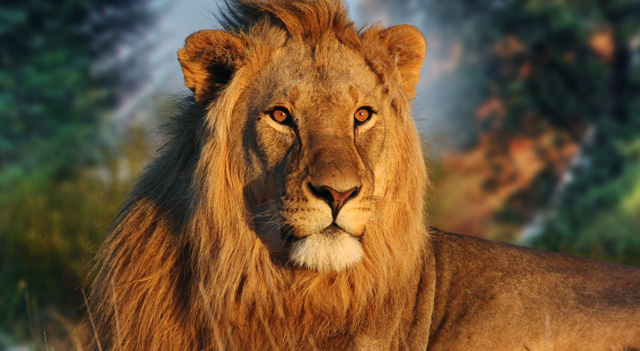 A Siberian tiger is not only one of the most beautiful cats, but also the largest member of its family. Therefore, a lion loses Siberian tiger vs the lion competition regarding size and strength.

Siberian tiger is a huge animal which can grow approximately ten to twelve feet long. Moreover, this burly cat can weigh as much as six hundred and fifty pounds. On the other hand, the maximum weight attained by a male lion can only reach around five hundred and fifty pounds. Its length, however, is almost the same, being between ten to twelve feet. Therefore, the weight of a Siberian tiger is what makes it bigger, and undoubtedly, stronger than a lion.

The color and appearance of their body also differ to a large extent. A tiger is tawny in color with a mane found in male lions. However, a stunning Siberian tiger has a pale orange body with dark black stripes. Its underbelly is white which blends beautifully with the snow found in the regions where it lives. According to Siberian tiger facts, the most unique type has a completely snow-white body with dark brown stripes.

Therefore, if a lion and Siberian tiger compete against each other regarding beauty, the latter would win again.

Lions are social animals which live together in the form of a pride. They hunt together as well as feed together. On the other hand, a Siberian Tiger loves its solitude. It is hardly ever seen with a companion. It hunts alone and eats all the juicy meat without sharing it with anyone.

This makes a Siberian tiger seem more formidable and sneaky. A lion, on the other hand, exhibits cooperation with its companions. 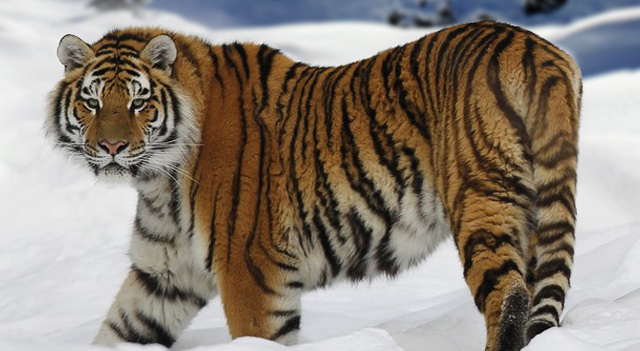 As the lion facts suggest, they live in open woodlands and grasslands. They are found in a wide region which begins from East Africa and stretches up to Kalahari Dessert. This proud cat lives out in the open in these areas instead of hiding inside forests.

On the other hand, Siberian tigers mostly exist in parts of Southeastern Russia. They used to be found in wide areas of Russia, Korea as well as China. Unfortunately, overhunting caused the numbers of these fascinating creatures to dwindle drastically, and they became confined to Far East Russia.

Unlike lions, Siberian tigers do not exist in the form of prides. They prefer living alone. The females, however, have to care for the cubs. For this reason, they live as a family with their babies.

Both of these beasts are carnivores. However, lions occasionally exhibit the characteristics of scavengers. Creatures killed by hyenas, leopards and cheetahs are often devoured by lions. On the other hand, a Siberian tiger would never touch the meat hunted by some other organism. Therefore, it has a higher sense of pride.

Who is the King?

A lion has been known as the King of all animals. However, a Siberian tiger takes the lead when it comes to the size, power and beauty. It is the heaviest cat which can easily overwhelm a lion. Moreover, it is definitely more stunning than a lion. Therefore, the real crown should be placed on the head of a Siberian tiger.