Tigers and lions are both members of the same family: felidae. Both the animals are formidable predators lying at the top of the food chain. However, there are numerous differences between the proud lion and the catty tiger. For centuries, the lion has been regarded as the King of the Jungle. Let's carry out an analysis regarding tiger Vs lion. 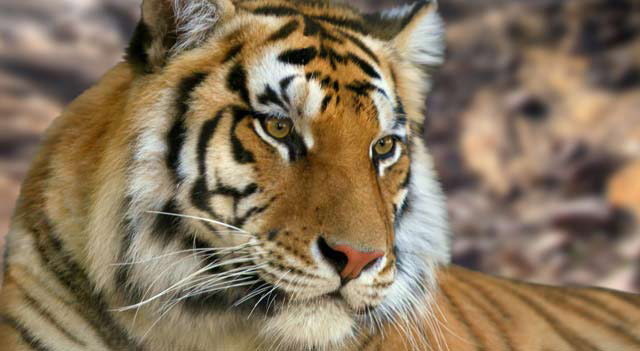 Scientifically known as Panthera leo, a lion is recognized from its tawny color and the mane of the males which can be brown or black in color. On the other hand, a tiger Panthera tigris has a brighter brownish orange body with characteristic black stripes. Moreover, instead of a mane, tigers possess a ruff of fur on their faces.

Tiger versus lion which of these carnivores is more powerful? Although the King of the Jungle is expected to be the stronger cat, but it is the tiger which possesses more muscles and is heavier as well as longer. A mature male lion weighs between 330 to 550 pounds while the weight of the female lions lies between 250 and 350 pounds. On the other hand, mature male tigers can be as heavy as 600 pounds while a female can be 308 pounds in weight. Similarly, a tiger's body is also slightly longer, being 2 to 3.3 meters in length. However, a lion can grow up to a length of 3 meters at the most.

A lion prefers to live out in the open. It is, therefore, found in open grasslands and woodlands. On the other hand, tigers are a little sneaky. They prefer living hidden under wood cover in order to avoid giving away their presence to the prey. Therefore, tigers live deep inside forests unlike lions.

East African grasslands extending to the Kalahari Desert and the region extending from the South Sahara to South Africa are home to lions. However, they are not found in the rainforests of Congo or the forests of India since they do not live hidden. A lion's tawny color blends it with the dry grasses around it.

Tigers live in Siberia, India and other regions of South East Asia. A tiger cannot be spotted easily as it hides itself in vegetation and does not roam around in the open. Its black stripes blend it well with the shadows of the forests it resides in. 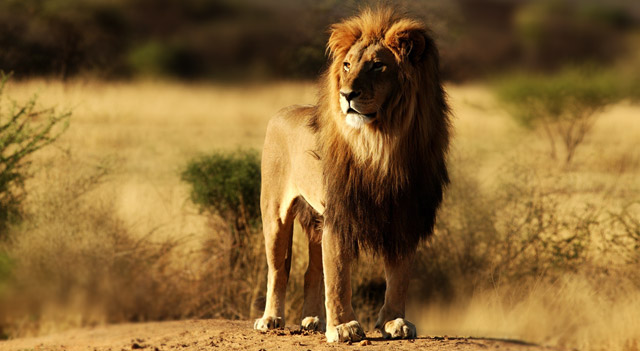 A lion is accompanied by an entire group of females on hunting missions. This group is known as a pride. The prey is hunted and killed through cooperation and the food is then shared.

On the other hand, a tiger prefers solitude and hunts alone. It ambushes and kills its prey on its own. In the end, the tiger does not have to share its food with anyone. It enjoys a meaty feast alone.

Both the animals feed on a variety of organisms. However, a tiger's choice of prey includes larger animals as compared to what a lion hunts down and feeds on. The former has been known to feed on buffalos, wild pigs, and even bulky and large baby elephants. Smaller animals like deer, fish, birds and certain reptiles may also end up as a tiger's meal.

A lion might be the King of the wild, but a tiger is more formidable with its larger body and sneaky nature. It is more muscular and can, therefore, handle larger prey. Moreover, a tiger is also more aggressive in nature than a proud lion.