Apes are extremely fascinating creatures of the Kingdom Animalia due to their close and outstanding resemblance with human beings. Not only do they resemble the latter physically, but also possess a high level of intelligence giving rise to behavior patterns similar to that of man. These giant mammals of the wild are primates and are divided into four genera: Gorillas, Orangutans, Gibbons and Chimpanzees. Do not confuse any of the types of ape with monkeys as the former are higher primates with their own evolutionary ancestor. Moreover, unlike monkeys, they are larger in size, live longer, do not have tails and are more intelligent. 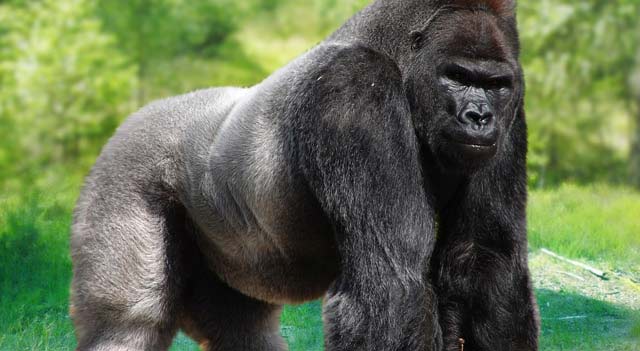 Here are some fascinating ape facts to increase your information about this astonishing creature.

In order to avoid the endangerment of these marvelous animals, it is important to preserve their natural habitat and put an end to harmful activities like poaching.

There are four types of apes like Gorillas, Orang-Utas, Chimpanzees and Gibbons. People more often confuse apes with monkeys but they are totally two different species. Apes are way larger than monkeys and unlike monkeys they do not have tails ... Read More ->

Average Life Span Of A Apes

The four types of ape species namely, Apes, Gorillas, Chimpanzees, Gibbons and Orang-Utans, have average life span of 40 to 50 years. But there are chances of change in the average lifespan of gorillas which can live 35 to 40 years in the ... Read More ->

Habitats Of A Apes

Apes are very much similar to humans, and both are the members of the same super family called Hominoid. Apes look like monkeys but they do not have the external tails and they are commonly larger in size. Gibbons, orangutans, gorillas ... Read More ->

Smallest Apes In The World

Gibbon is the smallest ape in the world. Its height is up to 65 cm whereas its weight is up to 6.7 kg. Normally, the apes are large animals having bulky body and big size but Gibbons are an exception. Gibbons are found in tropical and subtropical ... Read More ->

Largest Apes In The World

Gorilla is the largest or biggest ape in the world. It is up to 1.75 m tall whereas its one armspan is 2.75 m. Gorillas weight can be upto 275 kgs, therefore they are the heaviest ape in the world as well. The bulky structure of this ... Read More ->