Dolphin, commonly known as, bottle nosed dolphin is shockingly intelligent mammal! This lovely creature is extremely adorable to humans for varied reasons. Different researches have revealed that they possess a stupendous intellect and even out-do humans in intelligence. They are quick learners and can easily understand human commands! These marine mammals are extremely social while their agility and playful attitude makes them exceedingly dear to children. Dolphins make huge leaps out of water that is quite an enthralling sight! 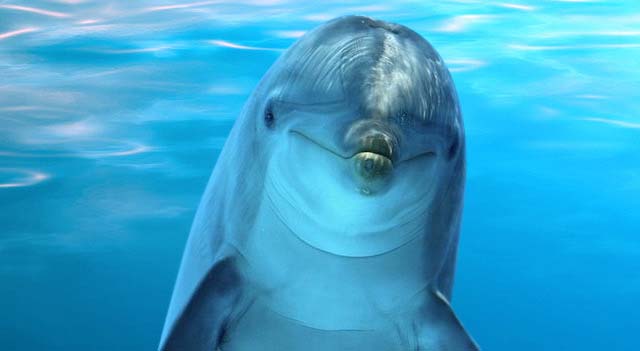 There are almost forty species of dolphin in seventeen genera. They vary in size from 1.2 metres (4 ft) and 40 kilograms (88 lb) (Maui's Dolphin), up to 9.5 m (30 ft) and ten tonnes (the Orca or Killer Whale). They are found worldwide, mostly in the shallower seas of the continental shelves, and are carnivores, mostly eating fish and squid.

Dolphin Sleeps With One Eye Open!

It is quite strange that dolphins do not close both their eyes while sleeping. Dolphins cannot fall into a deep sleep because they have to inhale air at regular intervals. Instead, they sleep in light naps in a semi-conscious state. These naps may last for a maximum of two hours during which they leap out, catch some air and then fall down again.

Teeth Are Not Used For Eating

As you can see in the dolphin pictures, that these creatures do have teeth, but they are not used for chewing food. These mammals use their teeth to grab the food and swallow it whole instead of chewing. Dolphins love to eat and they can consume as much as 30 pounds of fish per day!

Various researches have elicited that dolphins rely on sound for communicating and hunting. It allows them to communicate with other members of the pod by detecting sound waves.

Dolphins lack a very well developed sense of smell but they use their other senses to make up for this deficiency. They may use touching to attract other members in the pod and to know about their surroundings. 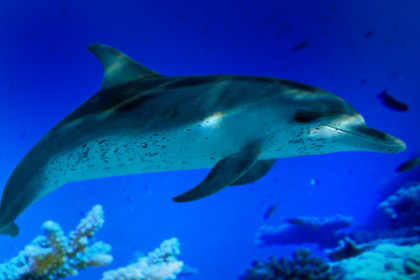 It is one of the dolphin facts that they are extremely fond of eating and they can consume as much as 30 pounds of fish in a single day! What they eat largely depend upon the season. They are very concerned about their pod members and would go to any length to get food for them. Dolphins are carnivores by nature.

Out of 41 species of dolphins that have been identified, 37 are marine mammals while remaining 4 fall in the category of river dolphins. These different species vary in size. The larger usually have a weight of 11 tons and can extend to a length of 30 feet while the smaller ones weigh around 90 pounds and are 4 feet long. 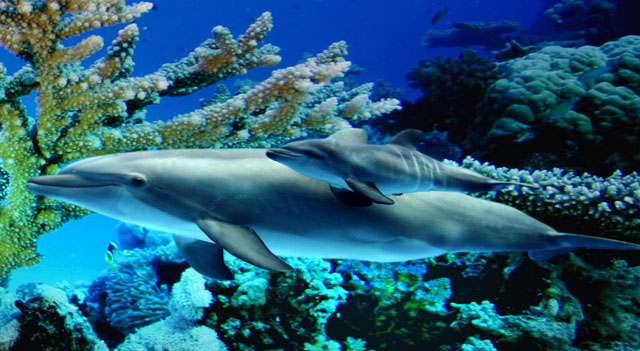 Dolphins Are Among The Endangered Species

Unfortunately, these adorable and entertaining mammals are at risk of extinction. Habitat destruction, water pollutants and injuries or deaths due to being stuck in the fishing nets are some of the major reasons that account for their declining numbers. Efforts must be made to conserve this lovely natural asset in order to provide them a bright future! The average life span of a dolphin is 17 years.