Donkey belongs to the family of horses, zebras and mules. Scientifically known as Equus africanus asinus, they are also called asses by the common folk. The donkey animal originated in the African deserts and was gradually brought to the rest of the world by humans. It serves a number of purposes when it is domesticated.

It is a calm and intelligent organism that learns easily. It is therefore, easy to train as a domesticated animal. Though it can be tamed to serve as a means of transportation for humans and their luggage, the animal is considered as very stubborn creature which is wrong. In the wild, its two main predators are wolves and coyotes. However in captivity, it can happily live for as long as forty years if it receives proper care. 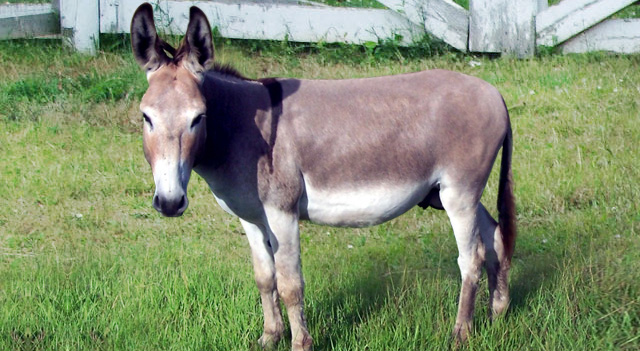 This useful animal has been serving humans for around five thousand years. In ancient Egypt, they were trusted with the responsibility of transporting valuable gems. Similarly, in Rome, they served as pack animals or the beasts of burden, and were used to carry agricultural goods. They were the Romans who brought them to England. The Spanish, on the other hand, took the credit of introducing them to the New World in the seventeenth century. Since then, they are being used all over the world for carrying load as well as for protecting farm animals.

The sharp hearing sense of the animal makes it a perfect guard for sheep as it can warn them when a predator is lurking around miles away. Donkeys accompany the sheep and protect them against potential predators, including wolf, coyote, fox and wild dog. As a guard, they are given preference over the pet dogs because their diet is same as that of sheep. Therefore, the owner does not have to feed them separately as in the case of dogs. Their self-preservation is often mistaken as stubbornness. However, the animal goes against its master's will only if it senses danger. It is, therefore, very useful in warning against a potential peril lurking around. 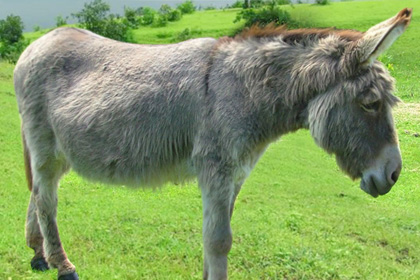 You must have come across interesting donkey facts and pictures on the internet. Here is some more information to add to your knowledge about these creatures.

An ass serves humans better than any other domesticated animal does. It has been wrongly depicted as a clumsy and unintelligent creature in children's stories and animated movies. It is actually one of the most intelligent organisms with a strong sense of cautiousness to protect its owner against danger. 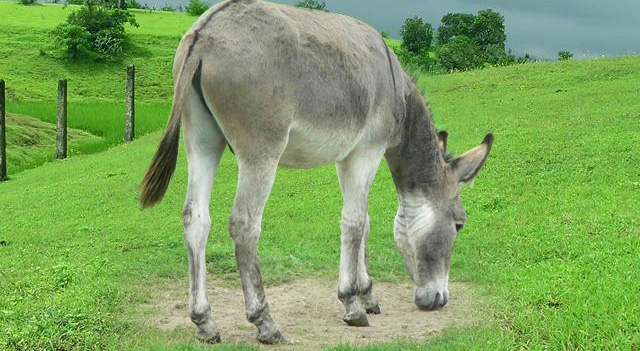