This egg laying, duckbill, beaver-tailed animal is one of the rarest mammals found on earth. One of the startling facts about this mammal is its venomous nature. It has been ranked as the fifth most venomous mammal in the world. As you can see in the duckbill pictures, these peculiar mammals possess a poisonous spike on their back foot. Such a deadly spike is used to threaten their enemies. The prick of duckbill platypus is very painful which can prove fatal. The females do possess spurs, but they do not produce any venom at all. 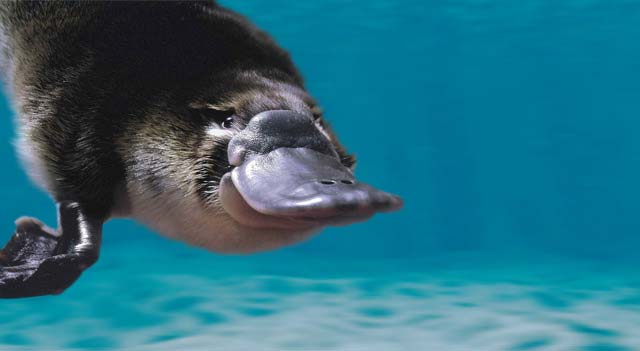 What Makes Them Good Swimmers?

If not so fast, they can still swim better than many other mammals. The built of their tail is such that it aids them in swimming. When in water, these amphibians can close their eyes, ears and nostrils to prevent the water from getting into them.

Electroreception is a rare ability possessed by these semi-aquatic mammals. Electroreception is an animals ability to detect the minor electric impulses that are produced during their movement. Therefore, when we see a platypus oscillating its head, it is usually moving and trying to detect the electric fields with the help of its bill sensors. I am sure you were unaware about one of these interesting platypus facts!

A profound affinity for water has been observed in these species. They inhabit in rivers, fresh water streams and lakes of Australia. Platypus usually lives in burrows but they turn to the aquatic habitat during the mating season. There is no immediate threat to the survival of these species!

These carnivores have a very peculiar eating habit. It is one of the duckbill facts that they do not have any teeth and the stones they collect from the bottom of lakes and streams are purposefully used for grinding the complex food materials. Once grinded into fine material, they food is ready for digestion! They can even store food in their tails for later usage!

These mammals prefer aquatic environment for breeding. 2-3 eggs are laid after the gestation period, which are then incubated by the female member for nearly 10 days. The male plays no part in raising their children. 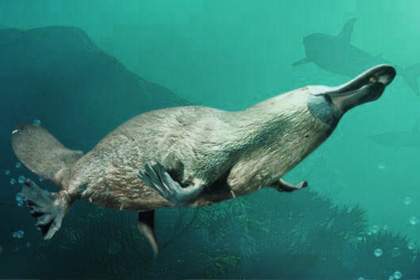 Other Names For Duck-Billed Platypus

Platypus has been recognized with various names over the time. It is also popular as water mole, duck mole and duck bill. Being familiar and popular in Australian continent, Duck-Billed platypus are popular animals.

Only Mammals With Fur On Their Bodies

They are the only mammals to lay eggs and to have fur on their bodies. Mostly, mammals give birth to the children rather than laying eggs but these mammals are the exception. As visible in the duckbill platypus pictures, their trunk, head and tail is covered with waterproof fur that makes them more intriguing animals. In older times, it was killed for its valuable fur. 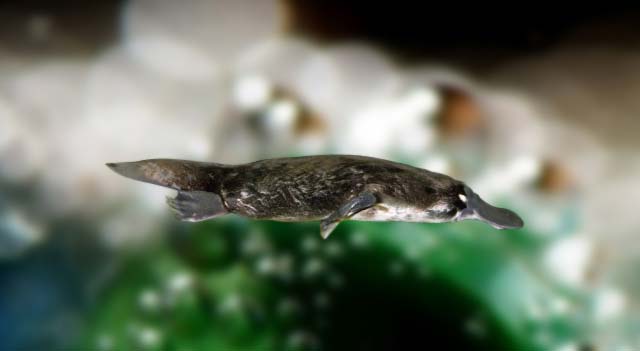 Their numbers are reported to have been declining in Southern Australia. Habitat loss and water population are a couple of serious threats that are making their survival hard. Despite this fact, different organizations are trying to save them from being extinct.