How Long Do Hamsters Live? Lifespan of Hamsters

The life of every living being is something you cannot make prediction about, and for hamsters it is much shorter than that of any other pet. However, "How long do hamsters live?" is still a question and the answer depends on many related factors. If hamsters are provided with good environment, they can live exceptionally for 5 years at maximum but most of the hamsters die before the age of four or less.

Another aspect regarding how long do hamsters live is the type or species they belong to. There are different kinds of hamsters, namely: 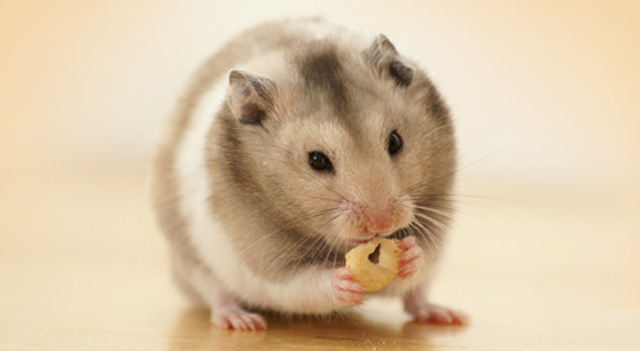 It should be kept in mind while keeping any kind of hamster that the above stated life span of each kind of hamster is based on estimation and exceptions do exist. If you provide a better place to them at your homes, there is a chance of their longer life but that also not more than five years at most.

Now, let's come to some positive and negative aspects of the shorter lifespan of hamsters. Human beings are naturally emotional to some extent. Therefore, before keeping hamsters as pet, you should know the fact that they wouldn't live with you for many years. Especially, when you are bringing hamsters in your home for kids, you should either let them know this fact, so that they wouldn't develop much emotional attachment with them, or you should opt for some other pet. Otherwise, it would be very difficult for your kids to cope with the trauma and all that when your pet hamster would die.

Again that would be a positive thing as well, like, when your kids get attached with hamster and it would die, they may get a lesson of life this way. They start thinking in this manner that every beginning has an ending and everyone who has come to earth would die one day sooner or later.

Let us move towards the reasons that cause earlier deaths of hamsters. There can be various calamities that can cause early deaths in hamsters such as any kind of infection, disease, improper care provided at homes, and so on. You must make sure that if you are going to keep hamsters as your pet, you must be very protective and caring towards them. You have to clean their cages on weekly basis. You have to be very careful with the food and water you give to hamsters. You should not give them more feed than required. Last but not the least, you should avoid giving them any kind of stress as much as possible because they are very sensitive to stress and any sort of depression can affect their health adversely. This cannot prolong their lives but it may help them live a little longer and a better life.

These are the few factors that inclusively answer the question, "How long do hamsters live?" Now it is up to you whether you bring hamsters home for your kids or not, but if you do so, you have to be extra careful toward them. It is not only about you, ask your kids as well to treat them well, so that they can spend a good life till they are with you. Hamsters can prove really good teachers to your kids in many ways. So, have them for once in your home.