The scientific name for okapi is Okpia johnstoni. It is a giraffid artiodactyl mammal. Although the stripes on it make it resemble the zebra but in fact it is a close relative of the giraffe.Scientists used a lot of okapi pictures and sketches to decipher and verify the family it actually belongs to. Okapi and giraffe are the only two living animal species of family Giraffidae. Let’s find out some more details about this interesting animal. 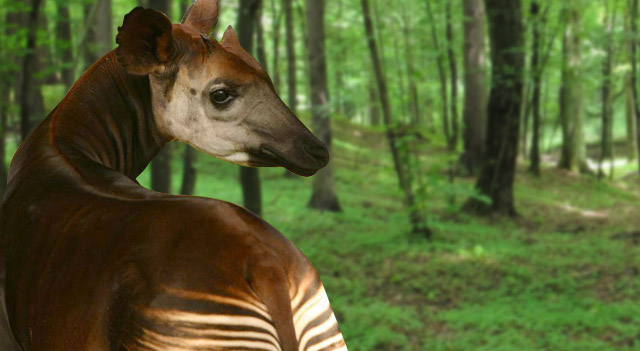 The salient physical features/characteristics of okapi Animal are:

Okapi Habitat and Area of Distribution

Okapis are mostly found in canopy forests in altitudes between 500-1500m. They are rarely found in swamp forests, gallery forests and in the areas disturbed by the human population. They are rampant in tropical forests of The Democratic Republic of Congo. They are most commonly found in the Central and North of Congo and Congo River. In mixed Cynometra forests, the population density of okapis is 0.53 animals per square kilometer on average, according to a recent study. In the wet season, when other areas have less forage to offer, they head towards the rocky inselberg. The okapi habitat is essentially an area with a good amount of forage.

Okapis are herbivore animals. Their staple diet consists of shrubs and lianas. Their food mostly consists of leaves, buds, ferns, fruits and all sorts of grasses. The major chunk of their diet is constituted by the woody dicotyledonous species. The monocotyledonous species are not eaten regularly, and are consumed rarely, once in a while. The plant families on which the Okapi animal usually feeds are enlisted as follows:

Okapi females became sexually mature at the age of one and a half year, while the males are ready for sexual activity after two years of age. The courtship begins by smelling, licking and circling each other. The male shows his dominance and readiness by tossing his head, extending his neck and protruding his leg forward.

The gestational time span that a new calf takes is usually 440-450 days long. After this period a single calf is born who weighs between 14-30 kg. The parturition takes about 4-5 hours, during which the female usually stands. Mother’s milk is very rich in proteins with low fat content and she feeds it to her new born.

These beautiful animals are very remarkable and intriguing. The facts about okapis are surely very interesting. Following are some extremely fascinating okapi facts: 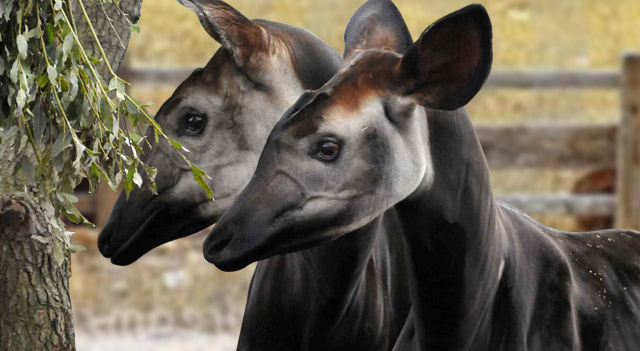 Okapi animal is listed as an endangered species by the International Union for Conservation of Nature and Natural Resources (IUCN). It has been given full protection under the Congolese law. The main threats to Okapi is the logging and the habitat loss due to human settlements. The illegal hunting for bush meat and its skin have created a havoc and aided in the near extinction of this animal. Okapi is extinct in Uganda. They have also been kept in captivity especially in zoos in North America and Europe. In 2012, a gang of pilferers attacked the Okapi wildlife reserve, killing guards along with the 13 Okapis who were kept in custody for their protection.

In the year 1987, the Okapi Conservation Project was initiated to protect and conserve the animal. It has devised and passed many plans, briefs and strategies to do the needful.