Rhinoceros, most commonly known as rhinos, are found in Africa and Asia. At present, there have been reported only five living species of rhinos, which are White Rhinoceros, Black Rhinoceros, Indian Rhinoceros, Javan Rhinoceros and Sumatran Rhinoceros. They are herbivorous animals and very famous for their huge physical stature. They possess a strong & sturdy body, very hard skin, smaller brain as compared to that of other mammals, short legs and a big horn pointing upward from their face. A rhino's horn is truly valuable for its high demand in human society. These horns are further used for ornamental and medicinal purposes. If you want to access some precious rhino information, just keep on reading the article to its end.

Rhinos that live in Africa and Sumatra have two horns as you can see in the rhino pictures. On the other hand, Indian and Javan rhinos possess only one horn. 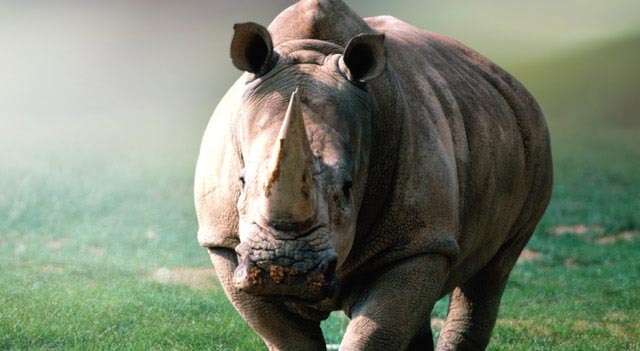 As far as rhino habitat is concerned, they prefer to live in wild environments. One of the species of rhinos, i.e. Javan rhinoceros is reported to live only at the national park in Java. Rhinos mostly reside in forests, grassy fields, areas close to rivers and wide lower lands with plenty of water & mud around. 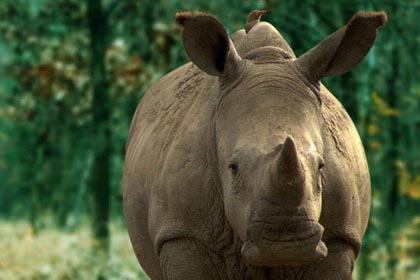 Being herbivorous, the rhinos, especially the black ones, are very fond of eating leaves, fruits and thorny bushes while the white rhinos love to have grass as their meal. 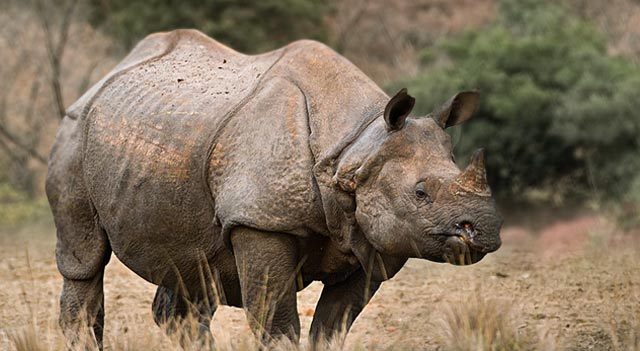 In contrast to white rhinoceros, the black ones are really violent and easily start fighting with one another. Also, the black rhinos have higher death rate as compared to other mammals due to their aggressive nature. Almost 50 percent male rhinos and 30 percent female rhinos die because of their mutual fights. The black rhinos are so fast that they can run on their toes with a maximum speed of 35 mph.

Generally rhinoceros love to lurch themselves in mud and this is the most common behavior that can be seen in almost all rhinos species in Asian and African continents.