These sleek, playful, intelligent and fin-footed marine mammals are widely distributed across all oceans of the world (with the exception of Atlantic Ocean). These sea lions have become a frequent sight around the big harbours where they settle in colonies to feed and bask in the sun. These warm-blooded mammals respond well to the human commands. They have been trained to learn tricks for entertainment purpose. Their playful and social nature has earned them great admiration in the circuses. The sea lion is among the most popular animals in zoos where it can be seen amusing scores of people with its ball tricks. These beautiful creatures may appear quite timid on the surface but can turn equally aggressive if threatened. 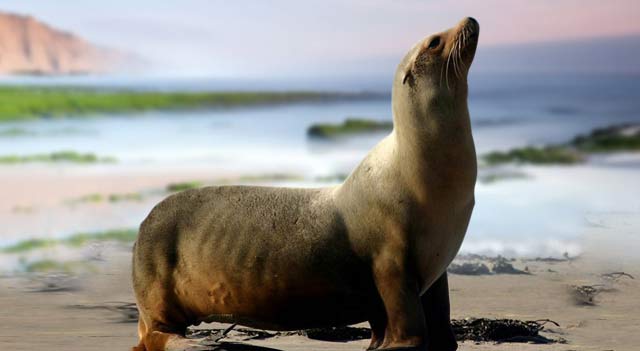 How Do They Communicate?

These sea creatures are aloud and bark like a dog to get them heard to other members in the raft. It is one of the interesting sea lions facts that the male individuals have a loud voice which is used to threaten their predators and attract mates during the breeding season. The female members and pups would also bark to find each other in case of separation. Astonishingly enough, a mother can locate its pup among hundreds of identical pups by its distinct vocalization! It's really amazing!

What Do They Eat?

Sea lions are primarily carnivorous in nature, feeding on octopus, fish, lobsters, crabs and even small sharks. Despite having teeth, these mammals swallow their prey and this is one of the amazing sea lion facts. The two main predators of sea lions include killer whales and sharks. Some of their other predators include polar bears and wolves.

Yes, They Can Swim!

These mammals are exceptional swimmers. The excessive hemoglobin in their blood assists them in deep water diving for longer periods of time. Therefore, when diving or swimming, they can conserve oxygen and stay in water for as long as they like. Sea lions can dive as deep as 600 feet in search of food!

Seven major species of human beings are known to human beings today. As you can see in the sea lion pictures, the largest among all, is the Steller Sea Lion that can grow up to 13 feet in length and weigh 2 tons on approximation. Steller Sea Lions find wide occurrence in North Pacific Oceans of the world.

Unfortunately, these beautiful mammals, despite their huge size, fall easy prey to sharks and killer whales. The unmitigated environmental concerns are making their survival hard. Human induced habitat disturbances, water pollution and entanglement in fishing gears are some of many reasons that are causing their numbers to decline. Its imperative for IUCN and other concerned authorities to pay heed to this issue in order to provide them with a secure future. 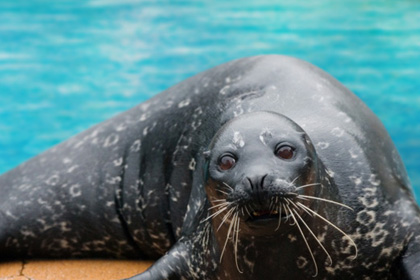 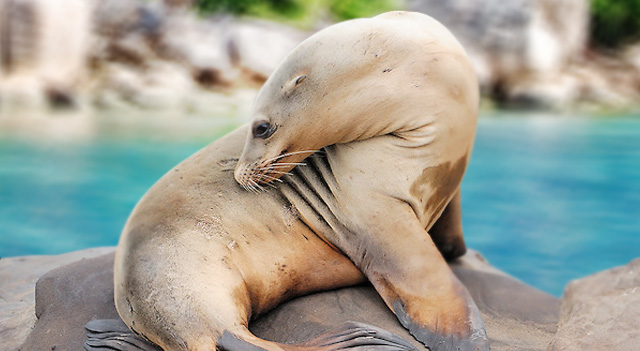