The sloth animal is a mammal with its species belonging to two families – Megalonchidae and Bradypoidae. Members of these families are also commonly referred to as two-toed sloths and three-toed sloths, respectively. They are further classified into six species.This tree-dwelling animal is native to the regions of Central as well as South America. Interesting Sloth facts are discussed below with mating, eating and other habits. 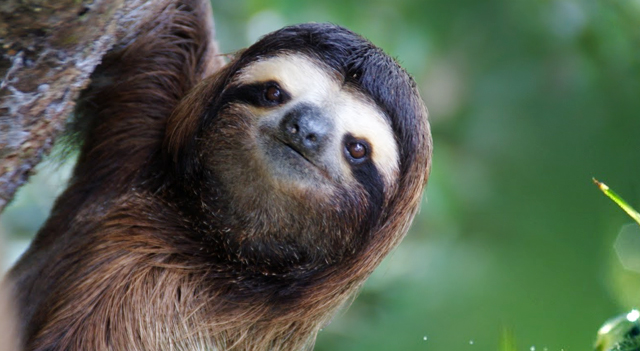 The animal is identified by its big eyes, a short snout and long legs. In addition, it also possesses tiny ears and flat hands. Members of some species also have short tails which are 6 to 7 centimeters long. Typically, the size of a fully grown sloth ranges between 50 and 70 centimeters. Its entire body is covered with fur which may be brown, grey, tan or white in color. Another characteristic feature of the animal is its long claws which enable it to climb up high trees.

Being an omnivore, the sloth animal chooses between both animal as well as plant matter as part of its diet. However, most species prefer to feed on tree leaves. The animal’s digestive system is complex and consists of a four-part stomach system for proper digestion of the tough plant matter. This digestion occurs with the help of friendly bacteria present in the animal’s gut.

A diet comprising mostly of leaves fails to provide sufficient energy to the animal. Due to this reason, it is rather slow and sluggish in its activities.

Courting between two mates begins by a mating call produced by the female. In response, several male contenders compete to get to the female. The winning male then mates with the female up in a tree. The entire gestation period up till the birth is also spent in trees. The duration of this period ranges from seven to ten months depending upon the type of species. At a time, only one baby is born. 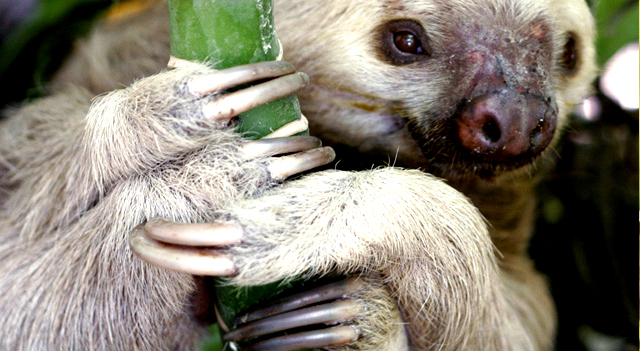 The animal’s behavior can be explained through the following characteristics. 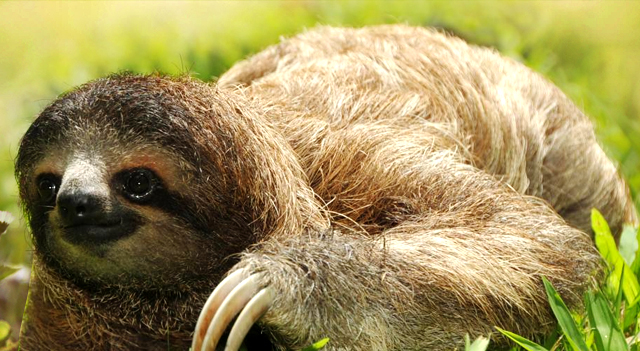