Tiger Facts, Pictures and Habitat of this Animal

Scientifically known as Panthera tigris, tigers are the largest cats found on the planet. They are identified by their characteristic dark stripes on a brownish-orange fur with a light underside as it can be seen in the tiger pictures. A typical male grows from two to slightly above three meters in length. The bulkiest of the species has been recorded to have attained 579 pounds of weight. Here you are being provided with some of the very useful pieces of tiger information.

Tiger is a carnivore and feeds on a wide variety of animals including those larger than it. For instance, buffalo and baby elephants are a few of its large yet helpless prey. Other animals which are a common part of its diet include fish, birds, reptiles and deer. It is a strong and muscular animal. Moreover, its weight also contributes towards its victory over a larger prey. 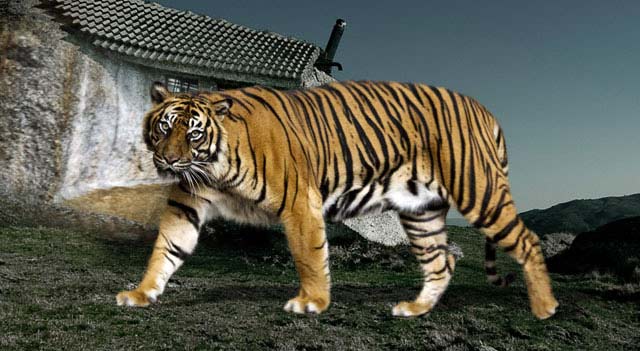 Concerning the tiger habitat, these formidable cats are found in a few parts of the world which include Siberia and India. Some other parts of South East Asia are also house to this carnivore. They do not roam around in the open and are, therefore, difficult to spot out. Moreover, they prefer not to come out in the middle of the day. The interesting facts about tigers suggest that they reside deep inside forests and hunt early in the morning or during the evening. Therefore, they are not nocturnal creatures. Instead, they are called crepuscular. There are around six sub-species, namely Sumatran, Siberian, Bengal, South China, Malayan and Indonesian Panther tigris.

Since this animal cannot be spotted easily in the open, interested individuals can look at this beautiful animal in photos. Internet provides numerous photos of different types of this cat. Their physical characteristics can be studied through these snaps. What the photos of these carnivores reveal include the color of their fur, their striped pattern, their unique facial characteristics and other physical traits which differentiate them from the other members of their family. These photos can also serve the purpose of comparing these cats with other creatures found in the animal kingdom. It will, therefore, be a great experience for both kids as well as grown up animal lovers to go through these photos. 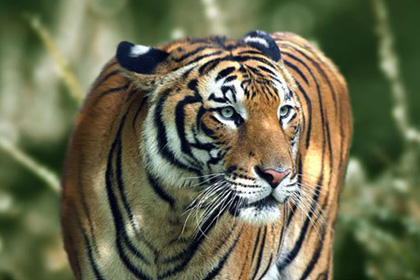 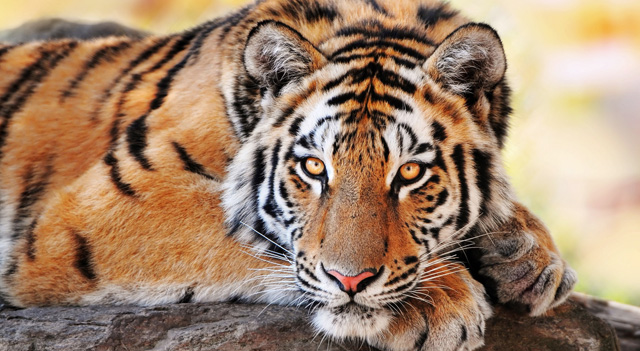 The number of these beautiful and fascinating cats is dwindling due to the loss of habitat, climate changes and overhunting. Their hunting should be controlled in order to save this marvelous creation of nature and preserve its role in the ecosystem.

Where Tiger Are Found

Tigers were mostly found throughout much of eastern and southern Asia, but now there habitats have shrinked because of the human activities. These human activities are deforestation for agricultural use, hunting of tigers and polluting of the ... Read More ->

Average Life Span Of A Tiger

The average life span of this largest species of cat family is up to 26 years in captivity while about 15 years in the wild. The average days that a tiger lives are 5477 in the wild whereas 9496 in captivity. They are mainly found in Sumatra... Read More ->

Average Siz Of A Tiger

The average size of a tigers head is 140-280 cm long with head and body size with tail length of 60-90 cm. All the forms of tigers like Siberian Tigers, Indian Tigers and Sumatran Tigers differ in their size. Sumatran tigers average size is 204 cm ... Read More ->

Average Weight Of A Tiger

Siberian Tigers also know as Amur tigers are the largest tigers of the world. They are found in eastern Russia. The average weight of male Siberian tiger is 300-350kg. Its body length is around 200-230cm while its tail length varies from 90-110cm ... Read More ->

Largest Tiger Of The World

Siberian Tiger who is also known as Amur Tiger is thought to be the largest tiger in the world. They are called Amur tigers because they are found mainly along the Amur River in eastern Russia. The weight of male Siberian tiger varies from 400 to 700 ... Read More ->