The word squirrel brings to mind the image of a little furry organism with a characteristic bushy tail and protruding incisors. Indeed, these are the common traits shared by all the species of this animal. So far, scientists have identified 285 species, making it the largest group of mammals existing on the planet today.

The mammal is classified as a member of order Rodentia while its family is Sciuridae. This family is further divided into three main types of squirrels. These are:

These categories are discussed in detail below: 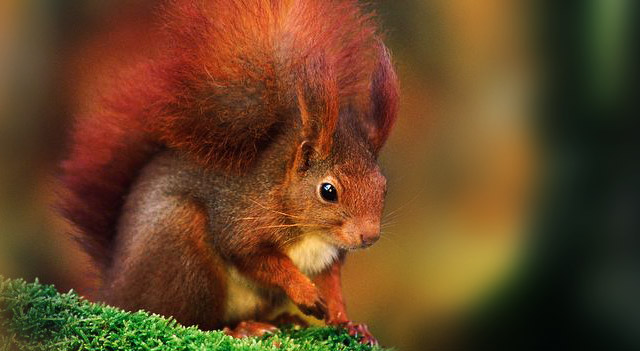 Usually, most kinds of squirrels live on trees. However, a ground squirrel lives in burrows made in the ground. They belong to subfamily Xerinae and are medium in size. Their unique trait is their ability to stand up straight only on their hind legs.

They belong to Marmota genus with chipmunks, prairie dogs and rock squirrels as its main sub-divisions. All of these kinds form a larger group which is referred to as the Marmot tribe. The larger members of this tribe are known as prairie dogs while the smaller ones are classified as chipmunks. The latter also possess tails which are small and not as bushy and fluffy as possessed by the rest of the species.

The most popular marmot is chipmunk. It is a small rodent with stripes on its fur. They live in parts of North America while one of their kinds, known as Siberian chipmunk, exists in the Asian continent.

Larger marmots, prairie dogs, are further divided into five sub-species. All of them are found in North American grasslands, Canada as well as Mexico. They have been named so owing to a kind of vocal communication which sounds like the barking of a dog. It is actually their warning signal.

Although they look cute, members of the Marmot tribe are actually a nuisance for humans. Firstly, they cause destruction around human construction by their extensive burrow digging. Secondly, some kinds have also been known to cause Black Plague in human beings. It is a disease which is caused when fleas are transmitted by them to man.

The largest member of the Sciuridae family is a ground squirrel, known as the Alpine Marmot. It is found on the mountains of central and southern Europe. Its size may be as large as fifty-four centimeters while its maximum weight can be eighteen pounds.

This is the most diverse group of squirrels, which is found all over the world with more than one hundred species. The members of this group do not share common physical traits. On the other hand, they fall into the same category due to their common habitat: trees. In other words, all species of tree squirrel nest on trees, either inside tree holes or on tree branches. Sometimes, they even reside inside pre made nests abandoned by other birds.

They may be found roaming around on the ground to look for sources of food. However, they climb up the trees as soon as they sense danger or when they want to retreat to their nests at the day's end. Their ability to climb up with agility comes from the presence of double joint in their legs.

The African Pygmy is a tree squirrel which is the smallest member of the entire Sciuridae family. With a size of only 7 cm, it is as small as a mouse.

Among all types of squirrels, flying squirrel is the most amazing one due to its ability to "fly". However, rather than flying, it actually glides from one tree to another. This intriguing movement gives the impression of flying.

It's scientific name is Pteromyini. It belongs to sub family Sciurinae and forms the Pteromyini tribe with around sixteen genera and fifty different species. They live on trees, but are not classified as tree squirrels. This is because of their distinct gliding ability which differentiates them from the common tree squirrels.

They possess a membrane shaped like wings which is attached between their wrists and hind legs. When they stretch their front legs outwards at their sides, the membrane opens into a type of parachute which enables them to glide as they jump between trees. A flying squirrel can change the position of its arms and hind legs when it wants to alter its direction while gliding in mid-air. Its fluffed up tails help provide stability during flight. It also acts like an airbrake before landing smoothly on the trunk of a tree.

After jumping off a tree, the rodent can lift itself up. Flights of up to ninety meters have been observed and recorded. Moreover, it can also vary its speed during its flight.

The animal is definitely worth observing in its natural habitat. It will be amazing to look at when it glides over long distances to its destination.