What Do Chinchillas Eat?

Chinchillas are very famous for their extremely soft fur; sharp teeth and big fluffy tail, and they are fond of eating hays and grass. This type of diet is very good for their teeth and light on their stomachs too. Wild Chinchillas are commonly found eating the grass, straw and the things like that. On the other hand, pet chinchillas just love to have chinchilla nuggets in their diet.

After the brief introduction of chinchillas' diet stated above, let us explore what type of food should be given to chinchillas in a bit detail. The further sections of this post cover all that; so keep reading if you want to know what do chinchillas eat? 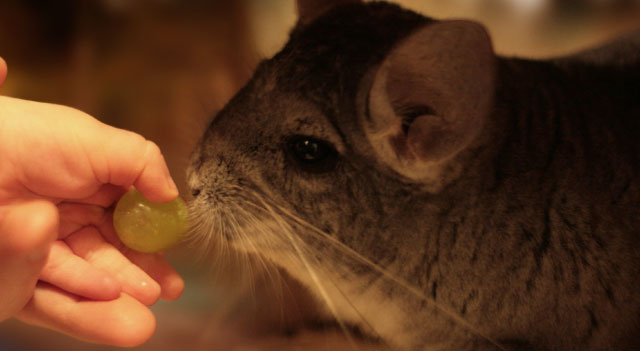 Chinchillas' diet is directly related to where they are living. If they live wildly in burrows or over the hills, they would be having a different diet, and obviously if they are living at homes as pets, their diet would be totally different. So it all depends a lot on chinchilla habitat.

Let us suppose they are living wildly, they must be eating wild grass, fallen fruits, seeds and roots as they are herbivores. Chinchillas like to have something that they can chew for long because their teeth grow continuously and therefore chewing every time is not only their habit but also a need.

The wild chinchillas are also fond of bark, foliage, cactus fruit, flowers and many kinds of grasses.

Now if chinchillas are living as pets in your home, you should be very careful about their diet. Chinchillas, at home, can be given hay, pellet and water as well. All these things should be highly good quality and clean to avoid all kinds of diseases as well as confusions later on. Good quality can only be guaranteed if you are buying a good brand pellet such as Nutrena Naturewise, PANR, Mazuri, APD, Tradition, Oxbow and Kline. Though there are many others as well but these are the famous ones that you can trust on. 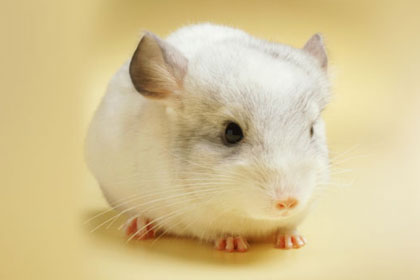 Besides these you can also give chinchillas some shredded wheat but make sure that it is non-sugared. Also, chinchillas do eat cheerio that should be sugar free as well. Moreover, chinchillas eat dried rose hips, oats and wood chews. The last one really helps to make the chin teeth of the chinchillas strong and keep them healthy.

In addition to good quality pellet, a high quality grass and hay are also equally liked by chinchillas. In terms of grass and fiber few things are very common, namely, alpine, oat, orchard grass and alfalfa. When it comes to hay, the famous one is Timothy hay.

Whatever the diet you select for chinchillas, just make sure that they have been made only for chinchillas and not for any other types of animals and rodents even. Chinchillas' diet should be light and helpful in making their teeth strong. As stated earlier that chinchillas like to chew all the time because of their continuous growing teeth, therefore you should give them a proper and balanced chewable diet to keep them healthy for longer periods of time.

With all these stuff chinchillas should be given adequate amount of fresh water as well. Though the life span of a pet chinchilla is not more than that of a wild chinchilla, but by giving them proper diet you can make your pet chinchillas live a little more. Therefore with a balanced diet, a good amount of clean and fresh water is very essential for chinchillas. 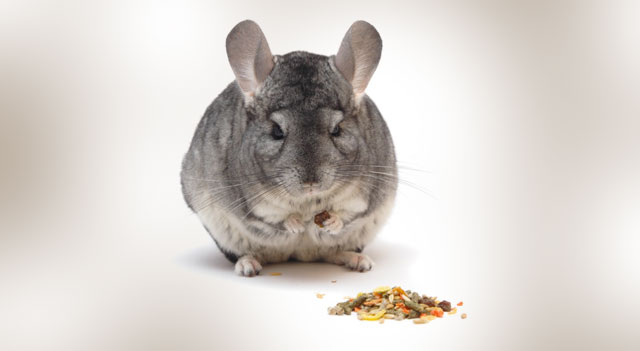 Once or twice a week you can give your pet chinchillas some fresh fruits and vegetables as well. Don't forget that chinchillas eat only root vegetables like carrots, leafy greens and so on.

Conclusively, whatever the type of chinchilla is whether it is wild or pet they like to have light food items in their diet. Therefore, their feed should be in a way that would not only be good for their sharp teeth but also beneficial for their tiny stomachs.

So, if you really want to keep chinchillas as your pet, get ready to provide them with the high quality feed according to what do chinchillas eat and ensure the top most level of care, so that they can live a little longer at your home.