What Do Foxes Eat?

Being omnivorous animals, foxes eat meat of birds, and mammals, like rabbits, squirrels and mice, as well as they consume a wide variety of vegetation including grasses, berries, fruits, and so on. However, different species give preference to one diet over the other and sometimes environmental factors also contribute to the selection of diet for these cunning and alert-looking creatures. If you are a staunch animal lover and want to domesticate fox as pet animal, you must be having a bit 'know-how' of what do foxes eat. Here follows a brief description of different kinds of diets for foxes eaten by different species: 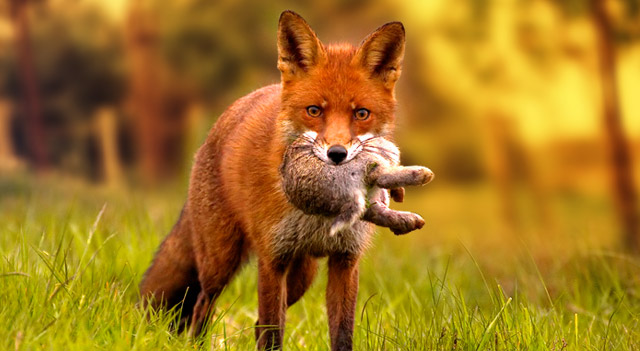 What Do Red Foxes Eat?

Red fox is the most abundant member of the Carnivora and the largest of all the true fox species, with its distribution throughout the entire northern hemisphere ranging from the Arctic Circle to Asia, North Africa and Central America. For its diet, this beautiful organism depends on small rodents and other animals, such as leopard, invertebrates, young ungulates, reptiles and game birds. In addition to the meat and highly protein-rich diet, they have also been found feeding on fruits and different kinds of vegetable matter. Quite interestingly, on one hand, the red foxes kill small predators while, on the other hand, they themselves are susceptible to fatal attack from the large predators, including felines, golden jackals, coyotes and wolves.

What Do Arctic Foxes Eat?

Dwelling the arctic regions of the northern hemisphere, an arctic fox usually feeds on a large variety of small animals, whichever they find easily, such as the sea birds, voles, fish, ringed seal pups, hares, owls, eggs and lemmings. Moreover, seaweeds, berries, fruits and even carrion fall under their dietary domain. It is so amazing to know that a single fox family can eat as many as dozens of lemmings on daily basis. In the winter months of May and June, the arctic fox makes the pups of ringed seal its delicious prey; however, it is the time for the cubs of arctic fox to remain confined to a snow den.

What Do Fennec Foxes Eat?

Fennec fox is the smallest of the true fox species that inhabits the harsh and arid regions of the Saharan Desert in the Northern Africa. This small nocturnal omnivore feeds on a large variety of diet that includes both animals and vegetation, like plants, birds, rodents, insects and eggs of different animals. With the help of quick two feet high and four feet forward jump, it becomes easier for the fennec fox to catch the prey as well as escape the potential predators. At the time of hunting, the large eared fennec foxes and the bat eared foxes seem to be looking at the ground and rotate their head to find out the exact location of the victim either underground or hidden on the ground.

What Do Swift Foxes Eat?

Inhabiting the western grasslands of Northern America, it is grouped among the smallest true fox species that measures the body size of a domestic cat. Like its relatives, the swift cat is an omnivorous creature and the staples of its diet include lizards, insects, birds, ground squirrels, mice and rabbits. However, the carnivorous diet is supplemented with different kinds of vegetations, including grasses, fruits and seasonal foods; thus proving themselves to be efficient forgers. During the summer months, it has been observed that the adult swift foxes consume a large amount of insects and feed their young ones. As it is difficult for the swift fox to kill the deer, it goes for the one that already been killed by other predators.

From the above discussion, it becomes obvious that foxes usually depend on a very wide variety of the food items consisting of fresh and decaying meat as well as various kinds of vegetarian diet including fruits and other plant materials. Besides the red, swift, fennec and arctic foxes, there are other fox species (including the kit fox and gray fox) which, in quite the same way, are omnivorous in their dietary behavior.