Where Do Foxes Live?

If you are a staunch lover of the cunning, intelligent and fascinating animals, like fox, you would also be having a keen desire to know "Where do foxes live?" This beautiful and attractive earthly creature has a lot of fox species (along with the sub-species) and has successfully adapted itself to versatile, rather planet extreme, environmental conditions and can easily be found across many regions on the earth. Particularly, they are scattered throughout the northern hemisphere, including Asia, Europe, Africa & North America, and have recently been introduced in Australia as well, where they have successfully adapted to the new habitat. Their home primarily consists of an underground hole, called den that is dug by themselves in forests, open fields, sandy soil, deserts areas and other kinds of terrains. Foxes are also found in captivity in the zoos and are domesticated as pet animals. 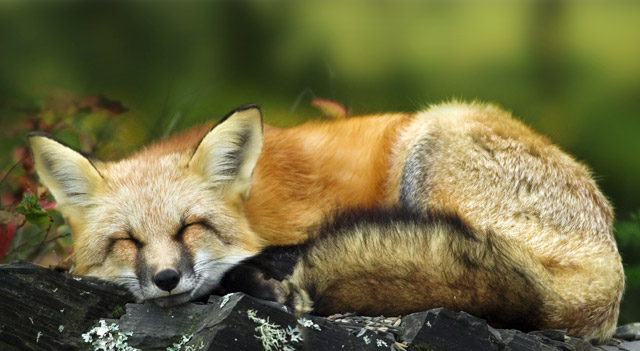 Here it is worth mentioning that not all types of foxes live in same kind of environment, but different species have adaptations to live in different habitats. For example, the desert-dwelling foxes cannot live in the arctic regions of the world, while the survival of the arctic-dwelling foxes will be at stake if they are put in the desert places or arid areas. So, one can say that their habitat is usually species-specific, but occasionally more than one species are found sharing common habitat and the same environmental conditions. Concerning the social behavior of foxes, they usually live in the form of families, consisting of dog fox, vixen, newly born cubs and, sometimes, the offspring of the previous litter as well. Here "litter" is a zoological terminology which refers to a group of offspring produced in a single birth by a mammal, like sow, fox, goat, and so on. Quite interestingly, though they are nocturnal solitary hunters, both the male and female, after successful mating, cooperate with each other in rearing and nourishing the young ones. Here follows a brief description of different fox species with respect to their particular habitat:

Many species of foxes are grouped as the desert dwellers, including Ruppell's fox, fennec fox, corsac fox, Tibetan sand fox, and desert kit fox, etc. Named after the German collector, Ruppell's fox inhabits the arid regions of North Africa and the Middle East, including the hills of Afghanistan and south-west Pakistan. The fennec fox, on the other hand, is regarded as the smallest of all the living fox species, and it has successfully adapted to the harsh environment of Saharan desert in the northern part of Africa. Measuring intermediate in size among its relatives, the corsac fox dwells in the deserts, semi-deserts and the steppes of central Asia, that stretching into Mongolia and the north eastern parts of China. Like corsac fox, the Tibetan sand fox has also adapted to the environment of semi-deserts and steppes on the Tibetan plateau and Ladakh plateau. In the similar way, the favorite habitat of desert kit fox consists of the regions of arid climate in North America. The desert dwelling fox species have both physical as well as behavioral adaptations to that kind of arid and harsh environment. For example, their unusually long ears allow the dissipation of extra heat from the body, whereas the kidneys also act in such a way to conserve maximum amount of water. In addition, the thick and dense fur coats trap air and serve as an insulating material, thus keeping the animal cool during the day and sufficiently warm during the night.

While fennec fox and its close relatives favor the hot extreme of weather, the arctic fox is satisfied with the opposite extreme, that is, very cold weather. It lives in the arctic and near-arctic regions in the northern hemisphere of the globe. Alternatively known as the polar fox, white fox or snow fox, it is a small fox that can commonly be seen across the arctic tundra biome. As an adaptation to the harsh cold, they have teeth modified for an all-meat diet and the extra thickness of fur serves to render protection against freezing of the body.

There are certain species of foxes that favor neither extreme cold nor extreme hot weather but love to live in temperate zones of the world. Here an example is that of red fox that is scattered throughout the northern hemisphere, including Asia, northern parts of Africa, European continent and the lands of North America. These omnivores are the largest of all the true fox species, belonging to the genus "vulpes" and consume a highly varied diet. Not originally native to Australia, the species has been introduced in the country, where it has successfully adapted to the new environment. Here it is something of serious concern that red fox is posing threat to the survival of native bird and mammal populations in Australia. That is why the ISSG (Invasive Species Specialist Group) wing of the IUCN has included it in the list of the "100 most invasive species of the world". Hope the authentic and interesting pieces of information, provided in this article, would have significantly contributed to your existing knowledge concerning "Where do foxes live?"