10 facts about chameleon for kids

One of the most wonderful creatures ever found in nature is the Chameleon, which belongs to the clade of distinctive and highly specialized lizards.

Here is a little detail covering this creature. 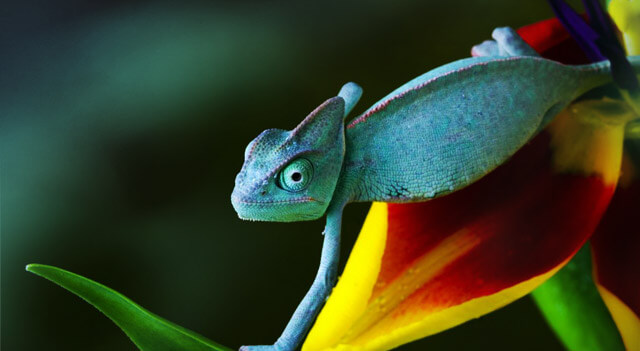 If you are interested in observing the color ranges and the changing body shade patterns in these friends of lizards, get access to the internet and search for the chameleon pictures. If you do so, you are sure to be fascinated by their brilliant appearances. Though the majority of the species occur in a wide range of colors and can change the appearance from brown to green and black, some are even capable of changing their body color into almost any shade. It is also worth noticing that the male members are usually more ornamented than those of their female counterparts. On the body of the males, you can locate some additional decorations, such as horn-like projections, nasal protrusions, and the presence of large crests on the top of their heads.

Described below are some of the puzzling and mind blowing areas where chameleons live.

5: How do they change appearance ?

Most of them can change colors from brown to green and black, while some can modify their body shade into almost any color.

Above are some fun facts described for the kids. These may surprise and lead to their curiosity to compare the animals on their own perceptions.