Crocodiles And Alligators Facts And Pictures

These are the largest reptiles. Most are endangered because their skin is valued for leather and their habitats have been destroyed. 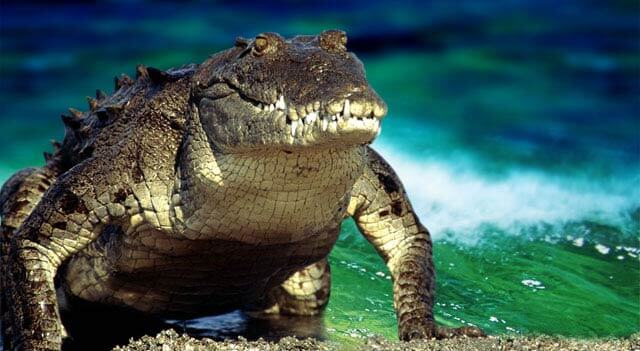 The true alligators can bear colder season than crocodiles. They may hibernate during the winter. Chinese alligator is a kind which spends much time in a burrow dug into a river bank where its eggs are laid. The most intensively studies of all crocodiles and alligators is American Alligator. But probably other species of alligators live and develop in much the same way.

Crocodiles are the hunting reptiles. They belong to an ancient group of animals which has changed little since the days of the dinosaurs. They may seem harmless as they float in water, with only their nostrils and eyes above the surface. But they are far from harmless. When swimming, the thrust of their flattened and oar-like tails drives them fast towards their prey. Young crocodiles feed on insects, but for most of their lives fish is their main food. Their jaws are set with sharp pointed teeth, ideal for holding such slippery prey. Big, old crocodiles can tackle larger creatures and may even be a danger to humans and livestock. 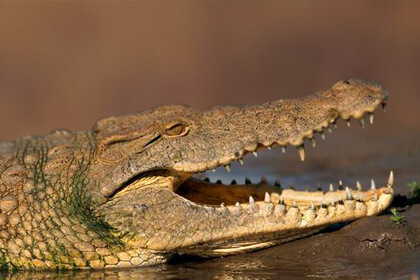 Crocodiles are gentle mothers. After mating, a female makes a nest of mud and plant debris near the waters edge. Here she lays her eggs and stays on guard near by until they are ready to hatch. When they are ready they babies croak from inside their eggs and the mother helps them to escape. She gather them into her huge mouth and carries them to the water. Here she continues to guard them, for they have many enemies, including their own father! Alligators swim by moving their long, powerful tails from side to side. Alligators have shorter, blunter snouts than crocodiles. When a crocodiles mouth is closed, the large tooth fourth from the center on the lower jaw still shows near the front of the mouth and fits into a notch in the upper jaw. No lower teeth can be seen when an Alligator shuts its mouth. 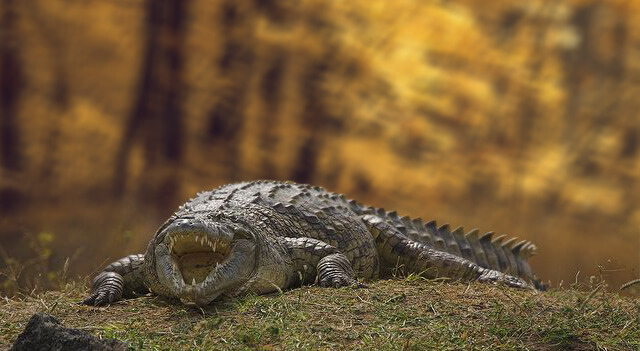 Their lifespan is almost 100 years. They are found in rivers, lakes and on sea sides in warm parts of world. The smallest crocodile may be of 1.5 meter which is West American Dwarf Crocodile while the largest crocodiles are salt water crocodiles which may be 6.5 meters in length and up to 1.5 tonnes in weight.