In this article you will Learn:

The colour of the blood depends on what type of animal you are talking about. While humans and most other vertebrates have red blood running in their veins, the beetles and sea squirts have yellow blood. The circulatory fluid in leeches and segmented worms is green coloured. Spiders and peanut worms have blue and purple blood, respectively.

Making up around 7% of your body weight, blood is the circulatory fluid that facilitates the transportation of nutrients, gases, waste materials and other things from one place to another. While your blood is around 80% water, it contains red blood cells, white blood cells, platelets and plasma as its major components.

Here are interesting facts about the animals with blue coloured blood. 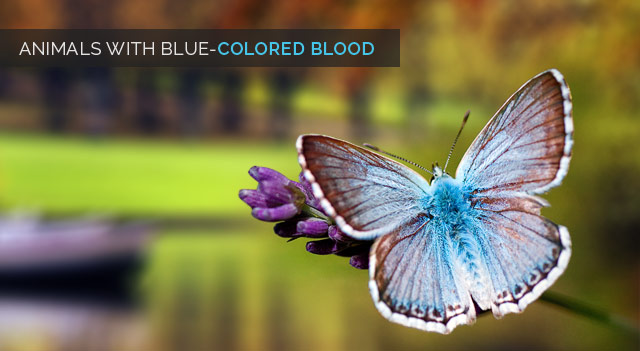 Why Does the Blood in Some Animals Look Blue?

As the red color of blood in your body is owed to the iron-containing oxygen carrier protein, hemoglobin, the blue appearance of circulatory fluid in insects is rendered by hemocyanin—a copper-based protein. As, during the process of respiration, the oxygen molecules get attached to it, they give blue appearance to this protein. There are two copper atoms in these metalloproteins that are capable of reversibly binding a single molecule of oxygen.

Classification of Animals with Hemolymph:

The animals, having hemolymph in their body, are grouped under the phylum arthropoda, which derives its name from the jointed legs of its member species. This phylum further includes the classes of crustaceans, arachnids, myriapods and insects. All the arthropods species are characterized by jointed limbs and cuticles. As cuticle is a rigid structure and can inhibit growth, it is removed after regular intervals through the process of moulting, whereupon growing a new one over the body.

Regarding the frequency of its use as an oxygen transport molecule, hemocyanin is second only to hemoglobin. A clear distinction to be made between the bloods of vertebrates and invertebrate animals is that, in former, the oxygen carrier is bound to red blood cells while, in the latter, it remains suspended directly in the hemolymph. Do you also know how the metalloprotein in insects looks like when it is without oxygen? Well, the deoxygenated form is usually colorless.

Classes of Animals with Blue-Colored Blood:

There are hundreds of thousands of animal species that have blue colored circulatory fluid, which is called hemolymph. Flowing through the open circulatory system, it serves as an alternative to the blood in the close circulatory system of the vertebrate animals. Here are some of the classes of animals that use hemocyanin as oxygen carrier.

The body of insects can be divided into three distinguishable parts, known as head, thorax and abdomen. On the head, there are compound eyes and one pair of antennae, while three pairs of jointed legs are attached to the thorax region. You will be surprised to know that insects have over one million species, thus representing more than 50% of all the living organisms on the planet earth. They have got worldwide distribution and can be found in almost all kinds of habitats. The examples include dance-fly, long-nosed weevil, mole cricket, German wasp, emperor gum moth and assassin bug.

Literally meaning “spider”, this class of animals with jointed legs is placed in the subphylum Chelicerata. Generally, each species has eight legs but some use the first pair for sensory purpose. In certain other cases, the appendages may grow enough in size to assume the shape of extra pairs of legs. Mostly, they are found in terrestrial environments, but some inhabit marine and freshwater bodies. Tick, scorpion, crab spider, red-kneed tarantula, water spider and garden spider are some to the examples of arachnids. 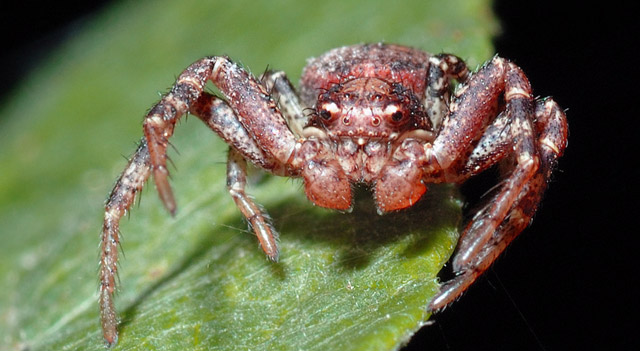 TThe class of crustaceans contains a fairly large number of arthropod species that may range in size from as small as less than a millimeter to as large as 4 meter. The presence of two-parted limbs on the body and the nauplius form of larvae distinguishes crustaceans from other groups of arthropods. The examples of crustaceans include krill, shrimp, crayfish, lobsters and crabs.

The term “Myriapods” is derived from two words, i.e. “myriad”, meaning ten thousand and “pods”, meaning legs. Contrary to its literal meaning, the legs in these animals do not exceed 750, while in some there are even less than 10 legs. In the most of the cases, myriapods are found to have simple eyes and a single pair of antennae with mouthparts located on the underside of the head. Centipedes and millipedes are included in this class of arthropods. 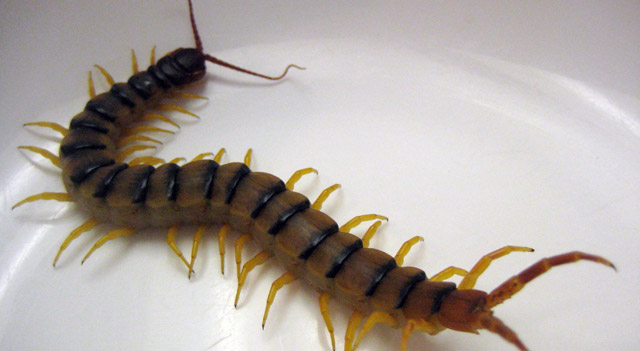