Komodo Dragon Facts about its Diet, Habitat and its Pictures

Ask/Tell About This Komodo Dragon

Komodo dragon is the largest of the lizard species, growing as long as ten feet in length and three hundred fifty (350) pounds in weight. Also known as Monitor lizard, this intimidating reptile has a forty million (40,000,000) years old history of evolutionary development beginning from Asia. Today, the islands of Indonesia are the only natural habitat of this large and heavy lizard.

This animal does not only look frightening, but is also dangerous due to its poisonous saliva. Its victim can die within twenty-four hours of the exposure to this venomous solution. This lizard is also blessed with powerful muscles in the jaws which help it swallow huge meaty victims astonishingly fast. Therefore, it is one of the most threatening predators lurking on the Indonesian Islands. 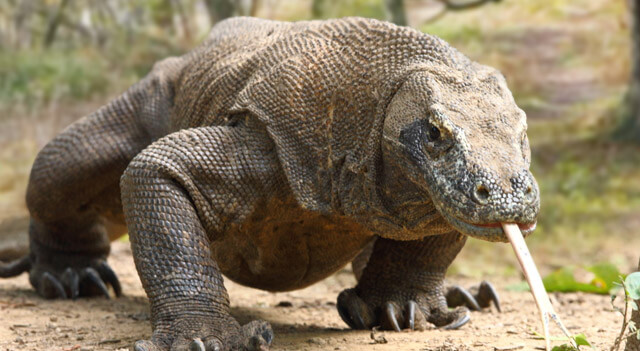 Here are some intriguing facts about this Indonesian beast. 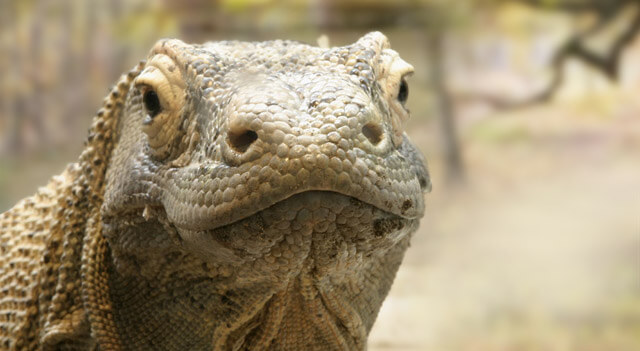 Komodo dragon is a carnivore and a tertiary predator, that is, a predator lying at the end of a food chain. These lizards feed on any type of meat, be it an old, decaying carcass or a live victim. Their young ones feed on smaller organisms including insects and gecko lizards. On the other hand, the mature lizards eat a wide variety of animals ranging from small rodents to large boars, water buffaloes and deers.

Their prey-catching skills are not quite well-developed. Mostly, their lucky victims get a chance to escape. However, once exposed to their poisonous saliva, a prey dies even after managing to run away. They, then, locate the dead organism with the help of their powerful smelling sense.

These carnivorous reptilian species are even more terrifying meat eaters than larger predators like lions. The latter consume around seventy percent of their prey, leaving undesirable parts like intestines, hooves, hide and skeleton. However, these savage lizards eat each and every morsel, only leaving around twelve-percent unconsumed. 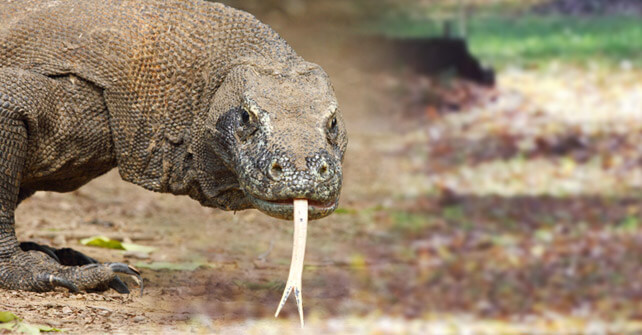 The terrifying reptile was first discovered by accident in 1910 on the Komodo island of Indonesia. These lizards had never been seen before due to the fact that their habitat is limited to a few remote islands.

They first originated in Asia about 40 million years back. Gradually, they were spread to Australia. However, about fifteen million years ago, a collision between South East Asia and the continent of Australia caused these lizards to move to the region which is known as the Indonesian Archipelago in the present day world. Today, they exist on the islands of Komodo, Gili Motang, Flores, Rinca and Padar.

The lizards live in tropical savannah forests and are also commonly found on vast areas of the islands ranging from the beach to the top of ridges. The environment of their natural habitat is extremely hot, dry and harsh with an extreme scarcity of water. These reptiles also have to face volcanic eruptions from time to time. They can, nevertheless, survive without water for a long time and beat the heat by spending the sunny day hidden inside burrows. However, when the temperature is normal—around 80 degrees Fahrenheit—they enjoy the heat by basking in the sun on the open surface of the island.

Their small habitat with its harsh environment and vulnerability to natural disaster has put them in the category of endangered species. Even though their number has not been declining rapidly, their very existence is still under threat due to the limited area they occupy.